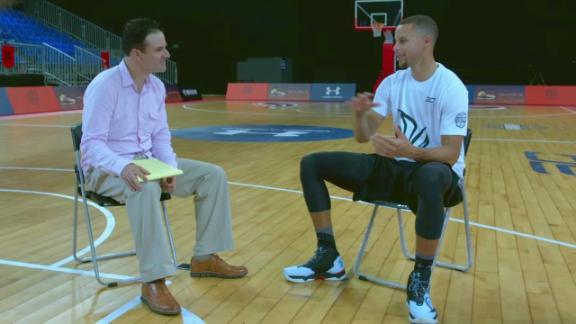 Last week, the Golden State Warriors guard watched Game 7 of the NBA Finals from start to finish for the first time since his team lost the series after being up 3 games to 1.

Someone had shown him the last two minutes, he said, and he decided at that point it was time to revisit the game.

"I was a little mad at myself and getting back into the grind of working out for next season," Curry told ESPN on Saturday, during the second stop of an Asian tour sponsored by Under Armour. "I think it was a good motivator to get back into the gym and keep working.

"I wasn't 100 percent, but who cares? I was playing. I was out there trying to help my team win and that's all that really matters. I've taken advantage of the summer to get right and I still have a little bit of work to go."

Curry spent the day in Guangzhou hosting a basketball clinic with the city's best high school players, and taking part in a consumer event where 1,500 locals -- many decked out in Warriors gear and Curry's signature shoes -- watched him do his famous warm-up drill and knock down shots from half court.

Though the past was on Curry's mind last week, the two-time defending league MVP is also focused on a future that involves bringing Kevin Durant into the mix to join Curry, Klay Thompson and Draymond Green.

"I honestly don't think there could be any more pressure than we had last year," Curry said. "Coming off a championship, winning 73 games and being expected to win another [title], obviously it didn't happen. It's going to be a different vibe because it's a different team and different dynamics with different players with KD joining us. ... We have probably six or seven new guys."

Curry is amused by the narrative that LeBron James, by bringing the title to his native Cleveland, became the hero while the Warriors -- after signing Durant -- became the villains.

"I kind of laugh at that," Curry said. "Obviously how the Finals ended [and] what happened, that's sports. That's what you love about it. I wouldn't trade that experience for anything. Obviously it stinks to not win, but playing for a championship for two years in a row has been an amazing, amazing journey and I don't think it's over.

"All that narrative around our team, how people view us, doesn't really matter to us. We are who we are and we're championship contenders going forward."

After Durant signed with the Warriors, Thompson insisted that he wasn't changing his game to accommodate the team's newest addition. Curry says he won't either, which won't be a surprise to Durant.

"It won't change at all," Curry said. "That's the reason KD joined -- knowing we weren't going to sacrifice anything, that we all have to be ourselves to make things work. There will be some adjustments when it comes to the in-game flow and how we work together, but for us to be who we're supposed to be, we all have to kind of elevate ourselves."

Curry, who is in the final year of a four-year, $44 million deal, will once again be the fifth-highest paid player on the team. That's something he said he's at peace with.

"I told myself, when I made the decision to sign for what I did back in the day, that I'm blessed to take care of my family for what it was," Curry said. "And there would probably be a situation, if I played the way I was supposed to coming off that contract, that I could be underpaid or whatever. But at the end of the day, it would all come around and we won the championship and good things happened."

While Curry said it took a while to flush away the pain of losing to the Cavs in the Finals, he did say that overcoming the criticism on social media during that time was easily dealt with.

Curry's wife, Ayesha, who has a budding career as a celebrity chef with a cookbook and national cooking show on the way, said after Game 6 that the game was "rigged." She quickly apologized.

Curry, who co-owns a social media company called Slyce and has nearly 20 million followers combined on Instagram and Twitter, joked afterward that he might have to shut off the Wi-Fi in his house.

"Since the Finals, you can get wrapped up in the backlash, if you will, of what happened," Curry said. "I'm not going to be a prisoner of the moment and get sensitive and whatnot, and I don't think she is either. It is what it is, but we enjoy just being ourselves. There's nothing other than that. Social media is a great way to share what's going on and have fun with your life."

Curry also endured some criticism for his Under Armour "Chef" shoe that debuted during the Finals -- a low-cut, plain white shoe that was ridiculed as being a sneaker for nurses or dads.

He revealed for the first time Saturday that he was ready to wear them for Game 4, but was talked out of it by Warriors general manager Bob Myers and his agent Jeff Austin, who were concerned about the low cut given Curry's history of ankle issues. 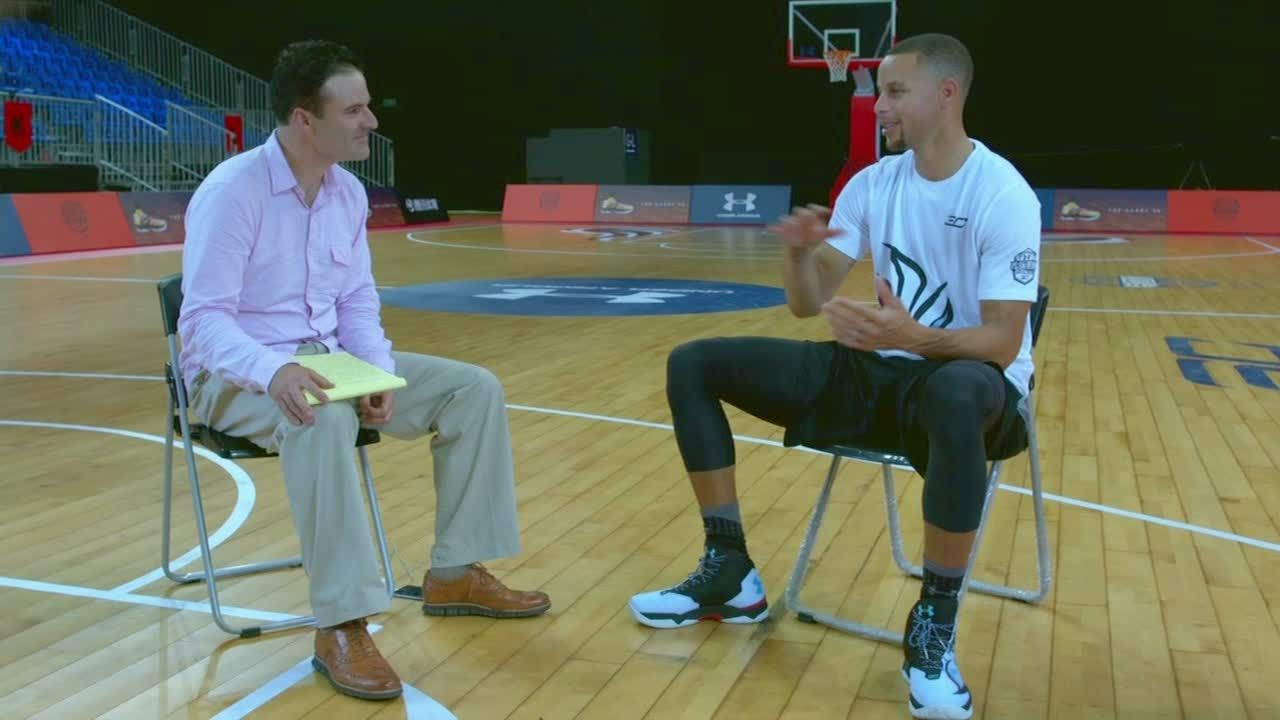