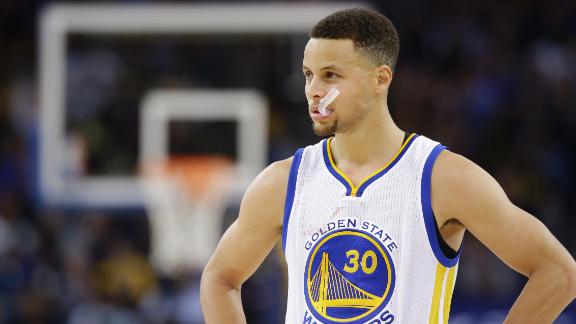 CLEVELAND -- Golden State Warriors coach Steve Kerr didn't get a vote on whether Stephen Curry would play in this summer's Rio Olympics, but he was relieved at Curry's choice to remove himself from consideration this week.

"I was not consulted. That's Steph's decision," Kerr said Tuesday. "As his coach, I'm pleased. He needs rest. [It's] two straight years going to the Finals. He's had injuries not only this year, but in the past. I think rest will serve him really well, but it's up to each individual player if he wants the experience or not."

Curry cited the need to rest his right knee after he suffered a sprain earlier in the playoffs. On Tuesday, Curry said he was aware of the threat of the Zika virus in Brazil but that it didn't affect his decision.

"I followed the reports and kind of got educated on [Zika], but at the end of the day that didn't have a bearing on my decision," Curry said. "It was assessing my body and knowing what it was going to take for me to finish this playoff run."

Cleveland Cavaliers star LeBron James has been noncommittal about the Olympics for the past year, though he did attend last summer's mandatory meeting for Team USA in Las Vegas. James remained firmly on the fence Tuesday and said the decision of players like Curry andLaMarcus Aldridge, who also withdrew his name this week, would not affect him.

"My decision has never been on anyone either playing on the team or being invited or not playing," said James, whose Cavaliers lost the first two games of the NBA Finals. "I haven't made a decision yet, and I probably will make it right after the season's over."

Curry's fellow Splash Brother,Klay Thompson, indicated he still wants to play for Team USA. There is a training camp scheduled for July, but managing director Jerry Colangelo and coach Mike Krzyzewski have said they will name a 12-person team by the end of the month and Thompson is likely to make the roster.

Thompson made it clear he wants to play but acknowledged Zika, which is spread by mosquitoes, has been on his mind.

"I hope to play for Team USA. It would be a great honor. Just thinking about the Olympics gives me butterflies, just because that's a dream I've always had as a kid," Thompson said.

"I'm not going to lie to you: Mosquitoes love me. I grew up in Oregon. I felt like I was always getting bit. So it's no joking matter, but it's a little concerning. But at the same time you've just got to take the precautionary steps to avoid it. But it's not going to deter me from going. Obviously, I'd still love to go represent my country."