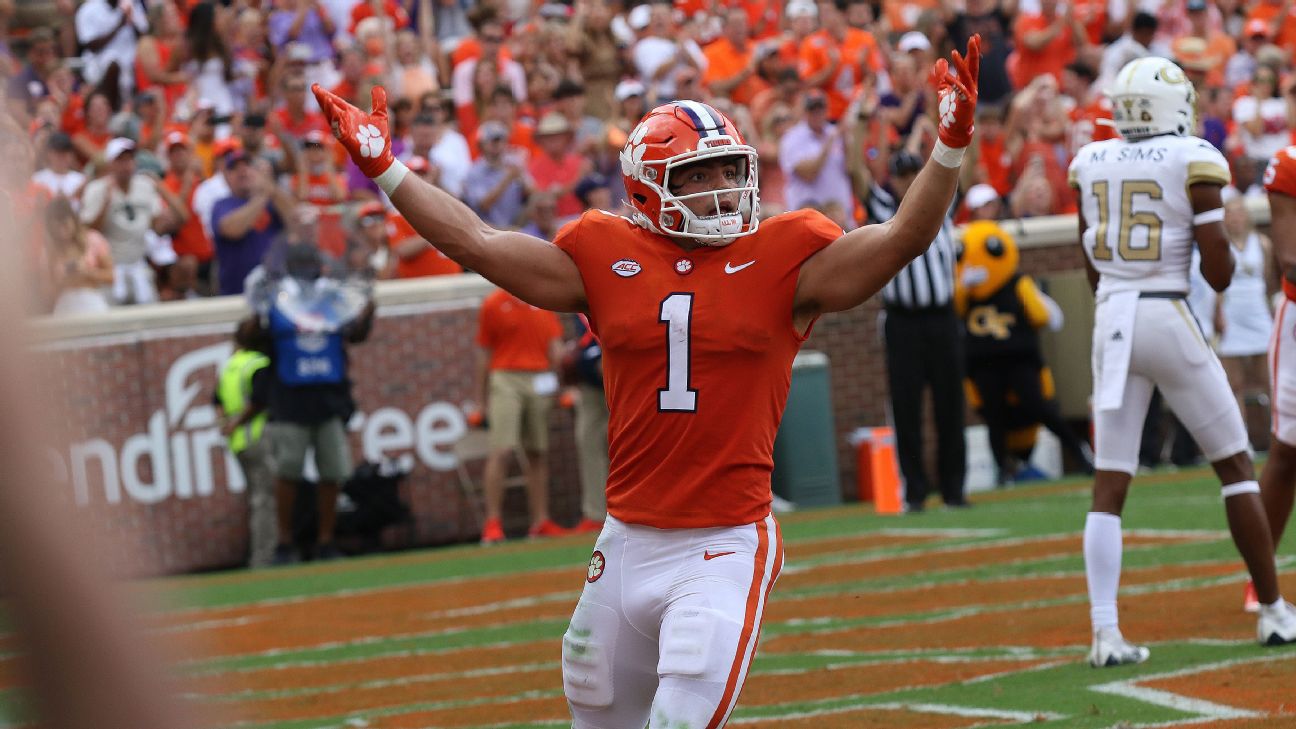 What if ... we win out? Win our conference championship? Lose only a nonconference game? Do we get in?

Fans start running the scenarios as soon as the college football season kicks off, and the game changes every week as the landscape shifts. What would happen to your favorite contender as a two-loss conference champion? The Allstate Playoff Predictor scenario tool is here to answer that question.


To create the tool we simulated the rest of the college football season 200,000 times. When you select a certain scenario -- say, Clemson losing to NC State this week but winning out after that, including the ACC championship -- we filter down to only simulations that include that scenario. Then in each of those simulations, a simulated selection committee makes a four-team playoff selection, based on the criteria that correlates with past committee behavior. And that is how we arrive at our playoff projection.

I'll kick us off to break some scenarios down. But after that, go ahead and mess around with your own.

Clemson loses to NC State, but wins out after that -- including in the ACC championship game

Right up top we should note that if Clemson loses this week, it no longer controls its own destiny in the Atlantic Division. But in the event that Clemson wins the remainder of its scheduled games after a loss this weekend, there's a 78% chance the Tigers do win the division because FPI is skeptical of NC State's ability to drop only one conference game.

Let's say Clemson does win its division despite the loss to the Wolfpack, and also wins the ACC championship game. What then? The Tigers would still have a case to be the first two-loss champion to reach the playoff ... and the playoff predictor gives it a 38% chance of actually happening.

That 38% chance exists because Clemson ranks fifth in FdPI and has a decent strength of schedule (37th) this year -- its game against Georgia being a big part of that.

But what determines if the 38% hits? For starters: what happens elsewhere. If there are four undefeated or one-loss champions elsewhere in the Power 5, that's tough. If there's also, say, a one-loss non-champion Georgia? That'd be tough too. The more chaos that reigns -- Oregon not being a conference champion, Georgia or Alabama stumbling hard, a two-loss Big Ten champion -- the better it would be for Clemson in this scenario.


The other factor is plain ol' variance. If our simulated committee is handed the same scenario 100 times, it's not going to choose the same four teams every time. We don't know exactly what the committee will do in real life, so these simulations serve to inform our probabilities. If it's a close call, sometimes the committee will go with Clemson and sometimes it won't.

Texas A&M has only one loss, to Alabama, and doesn't reach SEC championship game

It's the SEC championship game run-around into the playoff, and the Crimson Tide have demonstrated that it can work. Could the Aggies pull it off? It's possible -- a 37% shot.

But there's a big difference between Alabama and A&M here. In fact, if we flip the two teams -- have Alabama lose only to A&M and fail to reach the conference championship game -- the Crimson Tide would have a 93% chance to get into the playoff.

The difference is their team strength. Or, to put it in committee-speak: the eye test. Alabama is, according to FPI and almost every AP poll voter, the best team in the country. Even if it were to pick up one loss the rest of the way, most people would probably consider Alabama still either the best or close to best in the country. That automatically makes the Tide a strong contender even as a team that didn't win its division.

The Aggies don't have that same luxury -- currently ranked as the 14th-best team. But they would have a case because of accomplishment: In this scenario A&M's strength of record rank is projected to be 3.1. That's an argument to be in the playoff, for sure.

This is a close call, with the Playoff Predictor giving the Fighting Irish a 42% shot to get in assuming a loss to Wisconsin on Saturday and then winning out after that.

The first thing we have to hit here is how unlikely this is: Despite the 3-0 record, Notre Dame's season has been rocky thus far, and as a result FPI has downgraded the Fighting Irish from the seventh-best team in the country in the preseason to the 21st-best team now. As a result, Notre Dame has only a 6% chance to finish the regular season with fewer than two losses.

So we're already talking about something quite unlikely here. But if it did pull this off, Notre Dame would have that 42% chance.

I'll admit I was surprised when I saw that number. But it made sense upon closer examination: At 11-1 the Fighting Irish are projected to rank third in strength of record. Add in the fact that Notre Dame is an independent -- so it's treated a little worse than conference champs but also a little better than teams that didn't win their conference championship -- and the 42% makes sense.

Oregon wins out ... until the Pac-12 championship game

Firstly, what a blow this would be for the Pac-12, finally looking like it has a clear-cut, no-sweat playoff team and then coming up short at the last minute. Oof. But I'm here to report good news for the conference: All would not be lost. The Allstate Playoff Predictor reports that the Ducks would still have a 63% chance to reach the playoff in this scenario!

The Ducks wouldn't have the résumé that Texas A&M or Notre Dame has in the previous scenarios, but Oregon is a better team -- ranking eighth in FPI. And its loss would have come in a 13th game (which the Aggies and Fighting Irish didn't play). So the (projected) committee views Oregon slightly more favorably here, though it still might come down to what happened elsewhere. 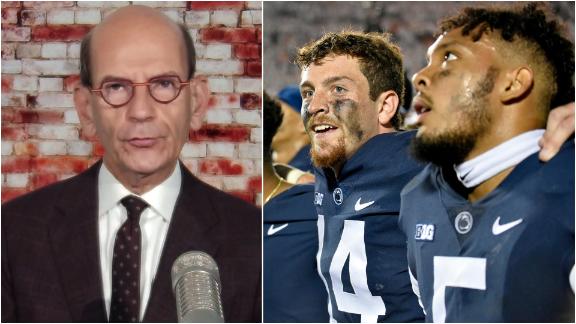