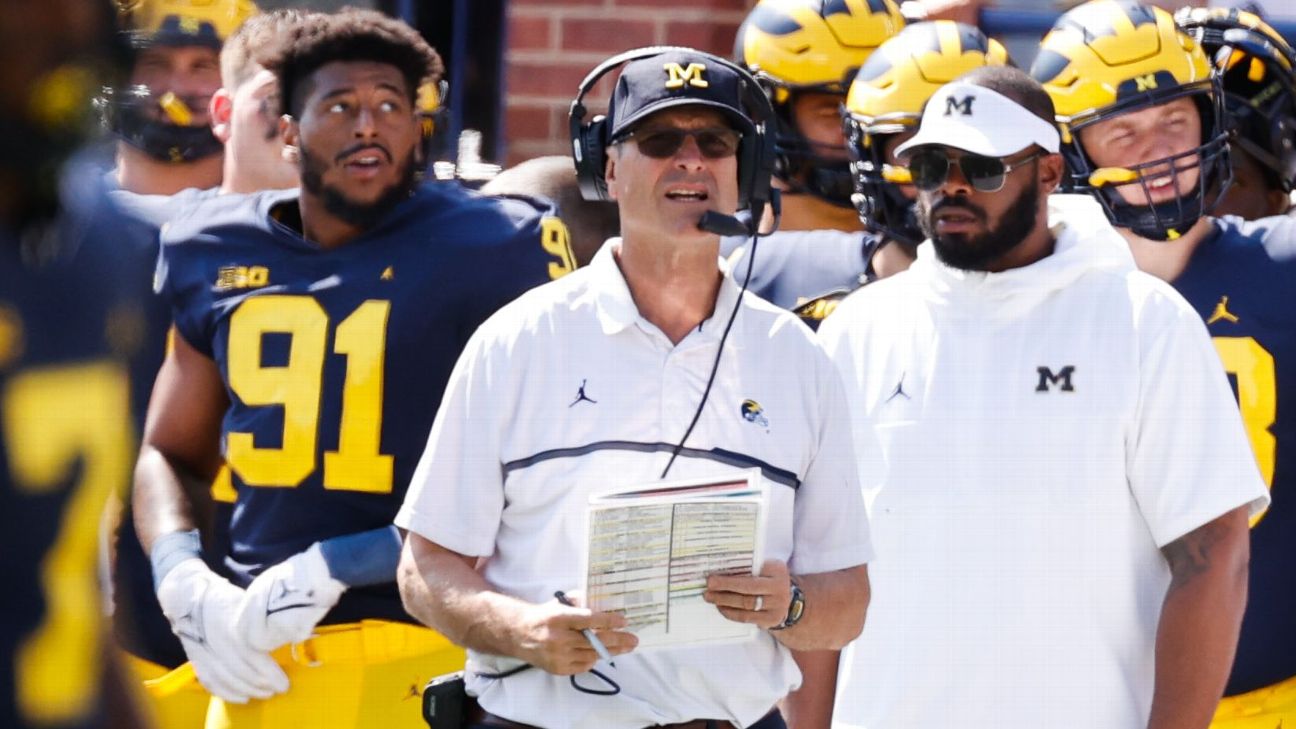 All but four teams are on the outside looking in at the College Football Playoff right now. Fortunately for them, the clock has not run out.

There's a path for many teams to break through -- though for some it's much less likely to happen than for others. Still, a path is what teams and fans are looking for this time of year. And a bunch still have it.


With the Allstate Playoff Predictor as our guide, let's break down the road to the playoff for some teams currently outside the top four.

Despite the Group of 5 doom and gloom, the Allstate Playoff Predictor is bullish on the Bearcats' chances to get in, assigning them a 53% chance right now.

The first step is for Cincinnati to win out; that's obvious.

After that, the Bearcats just need enough chaos to ensue elsewhere to avoid four of the following teams and records existing on Selection Day:

With all of the following situations potentially providing some danger were they to occur:

That seems like a lot to avoid! But don't forget that some of these are mutually exclusive -- there can't be a 1-loss Ohio State and a 1-loss Michigan. A 1-loss Oregon and 1-loss Michigan State might deserve entry on the first list, but both are so far off from being one of the four "best" teams in college football (FPI ranks: 21 and 22, respectively) that the model assumes the committee would be very hesitant to actually include them.

In addition to winning out, Michigan is going to need the help of its biggest rival to reach the CFP. The Wolverines need Ohio State to beat Michigan State so Michigan can win the division and have a shot at the Big Ten title (technically, it just needs Michigan State to lose one of its remaining scheduled games).

If it all goes to plan: Ohio State beats Michigan State, and Michigan wins out -- including wins over Ohio State and in the Big Ten championship game -- the Wolverines would be a shoo-in for the playoff. Theoretically, if Michigan, Alabama, Oklahoma and Oregon all won out that could cause a complication, but that is incredibly unlikely to occur, and again the Predictor would almost surely assume the Ducks would be out.

The Spartans have a more straightforward path to winning the Big Ten than Michigan -- they just have to win out -- but once they do that, their playoff case is less clear.

I think it's possible we're slightly underrating Michigan State's chances as a 12-1 Big Ten champion, but as mentioned above, the Allstate Playoff Predictor sees little precedent from the committee to include the 22nd-best team in college football (per the FPI) in the playoff. Then again, teams that low in the FPI's rankings rarely generate the kind of résumé the Spartans would have at 12-1.

As the model sees it, a 12-1 Michigan State would be behind Georgia, a 1- or 2-loss Alabama, undefeated or 1-loss Oklahoma, an undefeated Cincinnati, a 1-loss Notre Dame and a 1-loss Oklahoma State. That means the Spartans need help, but it really is doable: Imagine Alabama winning the SEC, Oklahoma winning the Big 12 and Cincinnati and Notre Dame each dropping a game before the end of the season.

The Sooners rank second in strength of record and fourth in the FPI. They really ought to be in the playoff as long as they end up as a 1-loss Big 12 champion, or better. With a loss at Oklahoma State and a win in the conference championship game, the Allstate Playoff Predictor puts their odds at 97%.

Win out and then hope for either:

Committee bias against the Group of 5 and/or

Committee's recognition of Oregon's and Michigan State's weaknesses should they be 12-1, too

It can happen. If Notre Dame wins out, in fact, the model gives the Fighting Irish a 48% shot. They certainly need losses elsewhere and no conference championship does hurt. But it can be done.

We're not ruling out Oklahoma State. At the end of the day this is the 12th-ranked FPI team with a chance to be a 12-1 conference champion. If the Cowboys win out they'll be in a strong position, potentially battling a 13-0 Cincinnati or 12-1 Oregon for a final spot. For the Cowboys, it's the winning out that's the hard part.

It's theoretically possible that A&M can still win the SEC, which presumably would make the Aggies strong playoff contenders. Want to know how unlikely it is? There's only a 0.7% chance A&M wins out including the SEC championship game -- a scenario that requires Alabama to drop an SEC game, too. It's in fact so unlikely that the Predictor won't produce a projection because of too few simulations. But technically, yes, it's possible. 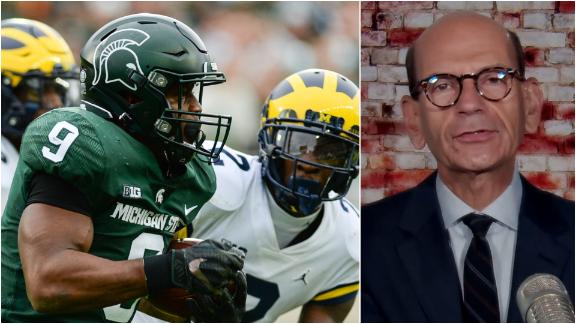