The teams opposing fans love to hate: Why Penguins, Blackhawks could be the Duke of the NHL 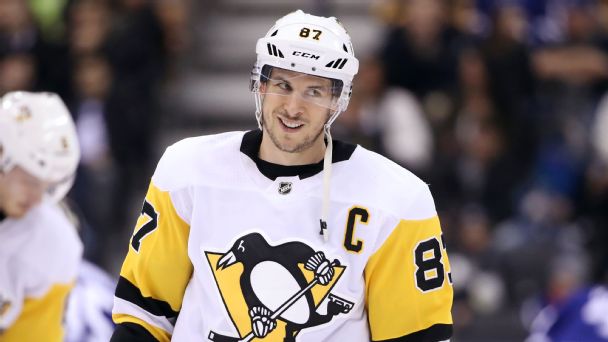 Which team is the Duke Blue Devils of the NHL?

Emily Kaplan, national NHL reporter: With full disrespect to the other 30 teams, my answer is the Pittsburgh Penguins. This goes beyond championships, though both teams have won plenty of those recently. (This would be a far better comparison if the rivalPhiladelphia Flyers had won as much as the University of North Carolina has recently. Oh well.) The Penguins and Blue Devils also drive -- according to everybody else -- a nauseating percentage of national media coverage.

For me, the similarities are rooted in the face of each team. Sidney Crosby is Duke coach Mike Krzyzewski. Neither man reveals his personality much to the public. They are both stoic. To opponents they are evil, and yet neutral observers can't help but respect them for their longevity and their genius. No doubt both Crosby and Krzyzewski are among the greatest of all time, if not No. 1 in their respective fields. Both men have had to adapt to a one-and-done culture. In Crosby's case, that means a rotating crop of wingers. For Coach K, it's a new starting five every season. They are identified solely with their current institutions, and we can't imagine a world where they are anywhere else. When they represent their countries on an international stage, we somehow find them more likeable. And then they go to back to their respective teams and we return to hating them.

Chris Peters, NHL prospects writer: That's a good answer, Emily. But, for me, it's the Chicago Blackhawks. The grave-dancing over their horrendous season and fall from elite status -- the franchise is enduring its worst season of the Jonathan Toews/Patrick Kane era, which began in 2007-08 -- has been rampant among fans outside of Chicago. The Blackhawks' success is relatively recent and, compared with Duke's scale of success, somewhat short-lived. But Chicago's run has still been a pretty solid one, given that it came during the salary-cap era.

Chicago went from feel-good story of a franchise rising from the ashes -- years of mismanagement and a tenuous relationship between the team's owner and fans -- to an oversaturation that left opposing fans nauseated. To be fair, even Blackhawks fans are getting a little sick of the outdoor games; they'll have played in six since 2009 by next year's Winter Classic. Give Chicago credit, though, as it went from irrelevant even in its own city to one of the gold-standard franchises in sports. For the past decade, no team has run hotter in terms of popularity, but that level of success and popularity always comes with a healthy dose of detractors.

There's also the fan-base factor. Fans of opposing teams tend not to love the good people of Chicago. Teams like the Nashville Predators and St. Louis Blues have tried to make tickets harder to buy for opposing fans when the Blackhawks visit their buildings. The bandwagon accusations have become a regular taunt among fans from elsewhere. It can get pretty nasty out there. Maybe now that the Blackhawks have lost the Stanley Cup glow a bit, they'll become less reviled -- at least until that seventh outdoor game is announced.

Greg Wyshynski,senior NHL writer: Who is the Duke of the NHL? Emily says Pittsburgh and Chris says Chicago. To snap this stalemate, we turn our attention to my former colleague Chris Chase's 2013 classic "12 Reasons Why Everyone Hates Duke," using the relevant categories for this tie-breaker.

"The officials love them." As far as "getting the calls," since 2009 the Blackhawks have averaged 8:39 penalty minutes per game while the Penguins averaged 11:38. Hence, the Blackhawks are Duke.

Dick Vitale. Or, in the NHL's case, Pierre McGuire, and there's absolutely no comparison between the love P-McG givesKristopher Letangand the Penguins vs. the Blackhawks. (Heck, McGuire even interviewed to be Pittsburgh's general manager.) Hence, the Penguins are Duke.

They're not as clean as you'd think. This was in reference to Duke's off-court issues that bring shame to the program, to which we'd say that the Blackhawks are in fact Duke.

Flopping. Since 2009, the Penguins have drawn 3.62 minor penalties per game, compared with 3.20 for the Blackhawks. Hence, the Penguins are Duke.

The Cameron Crazies. Yes, Duke has loud and obnoxious fans who learn wacky chants and traditions and generally tick off the rest of the sport. But Duke also has an undeniable bandwagon every March. Hence, the Blackhawks are Duke.

Christian Laettner. Or Grayson Allen or Danny Ferry or anyone else from this assembly line of hate. With due respect to Duncan Keith and Patrick Kane, no one is as divisive as Sidney Crosby. Hence, the Penguins are Duke.

"They're the best." The Blackhawks have obviously slipped a few notches, while the Penguins have won back-to-back Cups. Both teams have won three Stanley Cups since 2009. Both teams have had good fortune in the draft. Both are way too overexposed, and both are frustratingly well-managed (with a few bumps here and there). But in the end, we have to give the nod to the Pittsburgh Penguins as the Duke Blue Devils of the NHL, despite the presence of the joyously popular and all-around good dude Phil Kessel. But, hey, the college program that produced Greg Paulus also produced Grant Hill. It happens.
Report a correction or typo
Related topics:
sportsespnchicago blackhawkspostseasonvillaindukejonathan toewswild cardsidney crosbystanley cup playoffsstanley cupnhlncaa tournamentchristian laettnerbandwagonpittsburgh penguinseastern conferencegrayson allenpatrick kane
Copyright © 2022 ESPN Internet Ventures. All rights reserved.
TOP STORIES
Convicted felon charged with shooting officer on Near West Side: CPD
Woman killed, gunman among 2 wounded in Chinatown shooting, CPD says
Jewelry store co-owner shot during armed robbery in Oak Lawn: police
4th of July fireworks displays across Chicago area | See full list
City failed to address complaints before deadly heat wave: BGA
Texas inmate asks to delay execution for kidney donation
Texas Supreme Court blocks order that resumed abortions
Show More
Chicago man in 'creepy video' pleads guilty to Capitol attack charges
15-year-old boy struck, killed by Amtrak train in north suburb: ME
Legendary Chicago hairstylist retires after more than 40 years
13 shot, 2 killed in July 4 weekend violence across city, police say
Ex-CPS principal admits defrauding district of thousands
More TOP STORIES News