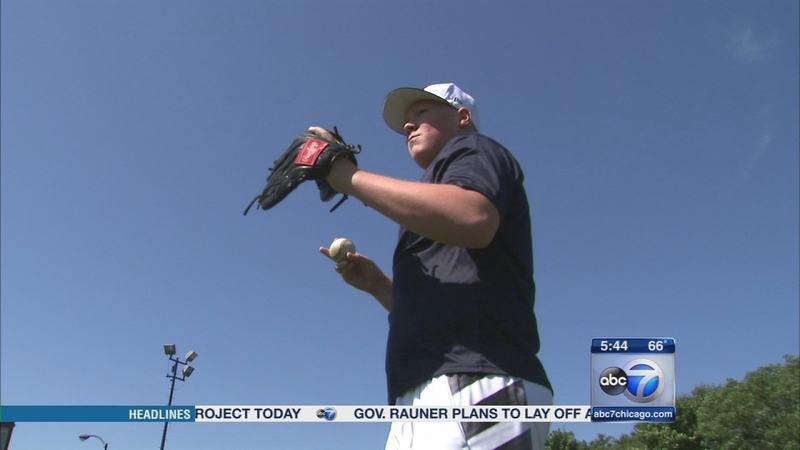 CHICAGO (WLS) -- A new study by Chicago area doctors is sounding the alarm on how many young athletes are suffering serious injuries. Reconstructive surgeries can now start as early as age 14.

"I was always pitching. I was always throwing. I never actually had any arm issues until I was 12 and I hurt my arm," Robby said.

"We had a three-day stretch where we did some long-tossing. Then we had an intense pitching lesson the next day. On the third day, he was pitching in a preseason game and that's when it happened," said Robert Svenson, Robby's father.

Robby and his family had no idea he was part of a growing and alarming trend.

Romeo also co-authored the new study that found the dramatic rise. He said years ago, serious overuse injuries were common in athletes in their late teens and twenties. Researchers are now noticing greater numbers of the same injuries in 15- and 16-year-old athletes.

In fact, the study found teens make up more than half of all patients undergoing what was once thought of as a "Major League" surgery. The reason? Playing one sport year-round and simple overuse.

"Throwing a baseball is the highest recorded human movement. Every time a pitcher throws a ball, the force on their elbow is great enough to tear a ligament," Romeo said.

Through advanced motion analysis, experts can clearly see the force on a young pitcher's arm. What they don't know is the long-term impact on younger patients.

But Robby is hopeful. He said he's almost 100 percent and looking forward a new season with his travel team.

"By the season, I should be totally fine," Robby said.

There is also a misconception that somehow the Tommy John surgery can help you play better. Dr. Romeo said that is absolutely false.

While 90 percent of Major League players return after surgery. But doctors simply don't have enough statistics on 14- and 15-year-old players because the trend is so new.

The best thing to do is to prevent the injuries from occurring. Parents can check out Shoulders for Life and Pitch Smart on MLB.com for more information on how to prevent them.