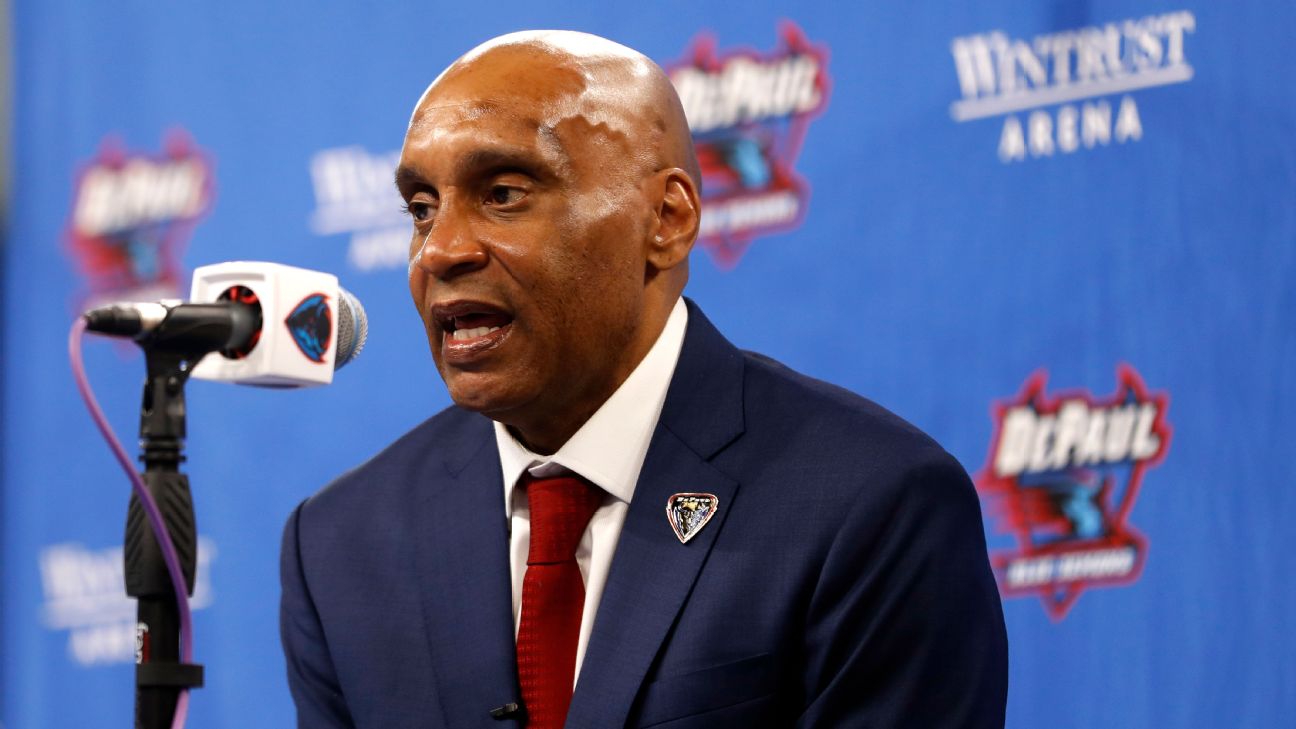 More than anything, he sees opportunities for DePaul. And in his words, they are "limitless."


Stubblefield is ready to embrace the challenge as he tries to lift a struggling program after agreeing last week to take over as the Blue Demons' head coach. He spent the past 11 seasons as an assistant on Dana Altman's staff at Oregon.

"I want DePaul to be a team that other teams fear playing," Stubblefield said Wednesday at his introductory news conference.

It's been a long time since DePaul struck fear in opponents.

The Blue Demons' most recent trip to the NCAA tournament was in 2004. They have losing records in 13 of the 16 seasons since they joined the Big East and have finished last in the conference 11 of the past 13 years. They went 5-14 this past season and ended up at the bottom of the league standings for the fifth year in a row.

Coach Dave Leitao was fired six years into his second stint. The Blue Demons turned to Stubblefield, no stranger to rebuilding projects and a coach from the Midwest who has recruited players from Chicago.

He grew up 130 miles west of Chicago in Clinton, Iowa, and is well aware of the heights the program reached under Hall of Fame coach Ray Meyer. He's not sure why the Blue Demons have struggled the past few decades. But he sees the potential the program has.

It's his job to sell that vision to top high school players, particularly the best prospects in the Chicago area.


"They've got to believe in the vision that I'm selling, the opportunity that's here for them, the style of play," Stubblefield said. "There's no reason to leave. We've got everything here. We've got a great league."

Stubblefield was part of rebuilding projects as an assistant to Mick Cronin at Cincinnati from 2006 to 2010 and at Oregon. Though neither program was down as long as DePaul, he insisted his experience will serve him well in his new job.

"We're selling being able to turn this program around. And taking a commitment, a leap of faith, with me, I'm not as worried about that because that's what young men had to do at Cincinnati and at Oregon," he said. "If I was at a place where we had always been successful, I might have more concerns of what it would take to get a program turned around."

He helped assemble teams with the Ducks that made seven NCAA tournaments, with a Final Four run in 2017, and won four Pac-12 regular-season championships. Troy Brown Jr., Louis King and Bol Bol were among the top players he recruited for the Ducks.