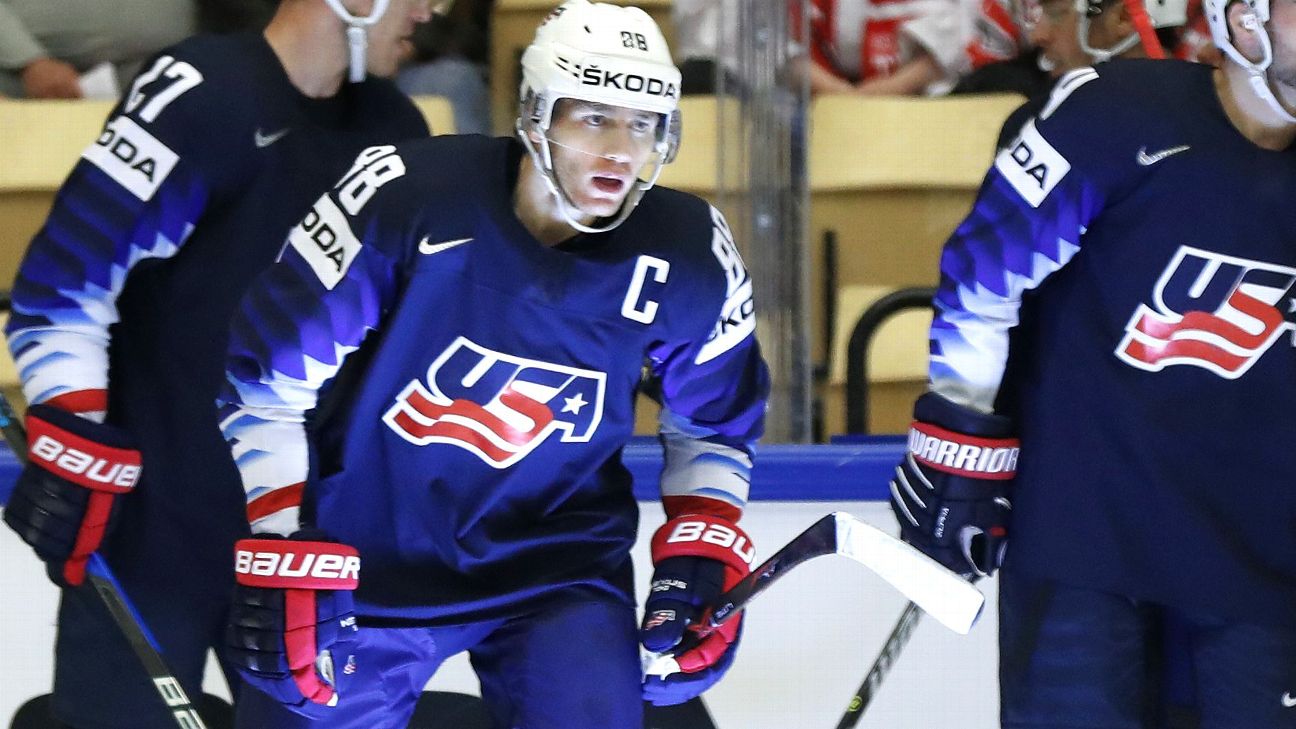 ESPN
HERNING, Denmark -- Captain Patrick Kane scored two goals for the second straight game and added an assist to lead the United States to a 9-3 victory over Norway for its sixth straight win at the ice hockey world championship on Sunday.

The Czech Republic beat France 6-0 for its second consecutive shutout.

Kane scored with a slap shot from the right circle on a power play to open the scoring and added another power-play goal almost from the same spot for a 2-0 lead.

The forward leads the tournament with 15 points (five goals and 10 assists).

"A good performance by the team tonight," Kane said. "We had a lot of different guys to contribute and chip in, which is good to see, and give us a lot of confidence going into the next game against Finland."

Dylan Larkin and Cam Atkinsoneach had a goal and two assists, whileCharlie McAvoy got a goal and an assist in another high-scoring victory for the U.S.

"Our goal is to keep winning, to keep getting better," Atkinson said.

Norway got its goals from Kristian Forsberg, Ken Andre Olimb and Mathis Olimb.

David Pastrnak and Roman Horakhad two goals each and Dmitrij Jaskin and Martin Necas contributed one each for the Czechs.

The United States tops Group B in Herning with 16 points, four more than Finland, which plays Germany later Sunday.

Denmark has 11 points in third followed by Canada (which has played one fewer game) with 10. Norway remains at three points.

The Czechs are third in Group A in Copenhagen with 12 points. Sweden leads with 14 points, a point ahead of Russia in second. Switzerland is fourth with nine and plays Sweden later.
Report a correction or typo
Related topics:
sportsespnchicago blackhawksnhlolympic sportsworld championshipiihfpatrick kane
Copyright © 2020 ESPN Internet Ventures. All rights reserved.
More Videos
From CNN Newsource affiliates
TOP STORIES