Fisher-Davis said he thought Vandy was down by one point, not leading. When Commodores coach Bryce Drew pointed for him to pick up McIntosh, Fisher-Davis thought he was saying to foul him.

"It was a collective effort in coming back, and it was my dumb mistake why we lost," Fisher-Davis said after the game.

Riley LaChance made a layup with 18 seconds remaining to put the ninth-seeded Commodores up by one point after trailing by as many as 15. But seconds after the in-bounds pass, Fisher-Davis reached out and grabbed McIntosh while he was in the backcourt.

"I didn't know the score, to be honest," Fisher-Davis said in an interview with ESPN's Michele Steele. " ... Saw Coach Drew point at my man, he was just telling me my matchup, and I got it confused with the foul. That was it."

That put eighth-seeded Northwestern in the double bonus, and McIntosh went to the line and calmly swished the free throws with 15 seconds left. LaChance missed a 3 on the next possession and Northwestern (24-11) got another free throw.

Fisher-Davis heaved a desperation shot at the buzzer, but it missed, and he sank his head and reached down to his shoes in despair.

"We really just talked as a team after the game," Fisher-Davis told ESPN when asked whether Drew spoke to him. "We all love each other to death. Definitely the closest team I've ever been on -- managers, the coaches, everybody in between -- and just that they love me and I played a part in helping us coming back."

Northwestern senior guard Sanjay Lumpkin said the play was a topic of conversation around the key during McIntosh's free throws.

"He probably saw the scoreboard and thought they were down one. I was surprised because we were trying to set something up for Bryant, when they grabbed him for the penalty," Collins said. "I felt bad for Fisher-Davis. It was honest mistake, happens all the time."

"There's been times everybody thought we were out ... and we always fought back, stayed loving each other, stayed having faith in each other," Fisher-Davis said. "So I don't think we have anything to be ashamed about."

LaChance choked up amid tears in the locker room.

"We wouldn't have come back without [Fisher-Davis],"LaChance said.

Information from ESPN's Chantel Jennings and The Associated Press was used in this report.

Northwestern hangs on for first NCAA tourney win
Thanks to an inexplicable intentional foul, the Wildcats squeak past Vanderbilt 68-66. 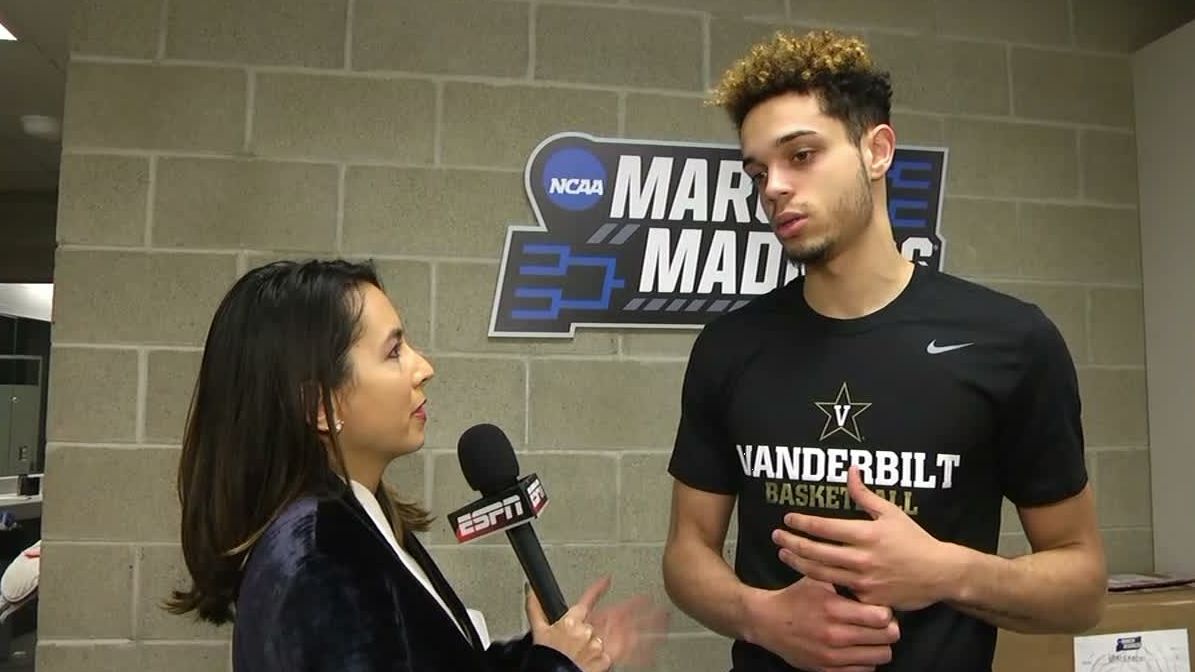