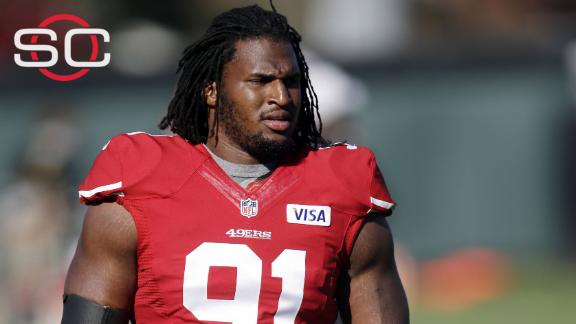 ESPN
By Jeff Dickerson
BOURBONNAIS, Ill. --Chicago Bears defensive coordinator Vic Fangio said Friday that he deserves the most blame for the team's ill-fated decision to sign defensive lineman Ray McDonald, whom the club released in May after an arrest in California on suspicion of domestic violence and child endangerment.

"Obviously I was disappointed, for everybody involved, Ray, us, the people on the other side out there in California," Fangio said. "I don't regret trying to vouch for him. At the time I believed it was the right thing to do.

"The only thing that I regret is that, because it didn't work out, and the club put their faith in my recommendation, and [chairman] George [McCaskey] and [general manager] Ryan [Pace] and [coach] John [Fox] took some hits from you guys, and you really should've been hitting me and not them. So that's the only part I regret is that the guys above me took the hits for it."

Fangio played a large role in the Bears' decision to sign McDonald to a one-year contract on March 24. The veteran defensive coordinator coached McDonald for four seasons with the San Francisco 49ers, and he continued to support McDonald even when the 49ers released him in December following his third off-the-field incident in less than a year.

"Obviously I'd been around him for four years, so I knew what kind of guy he was on a daily basis, and nobody gets to know players and players get to know coaches more than when you're in football because we're with those guys eight, nine hours a day, and in training camp more," Fangio said just weeks before McDonald's May arrest. "I know who he is."

If convicted, McDonald could be sentenced to up to three years in prison. He is due back in court this month.