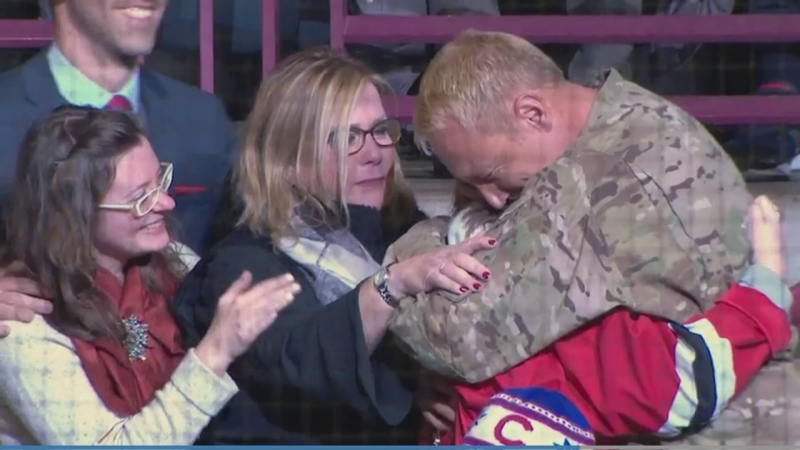 A military dad surprised his daughter at a recent Blackhawks game.

Master Sgt. John Lang had been serving overseas. His daughter, Madison, a lifelong Blackhawks fan, got the opportunity to attend her first game. However, she was apprehensive about going without her father - also a fan.

During the game, Lang appeared via video on the screen in the stadium, saying hello to his daughter and giving thanks for the support. The interaction was captured on a video posted on the Blackhawks website.

Madison was surprised to see her father via video, dressed in fatigues with the American flag draped behind him.

However, she screamed in excitement when her father appeared in the stands.