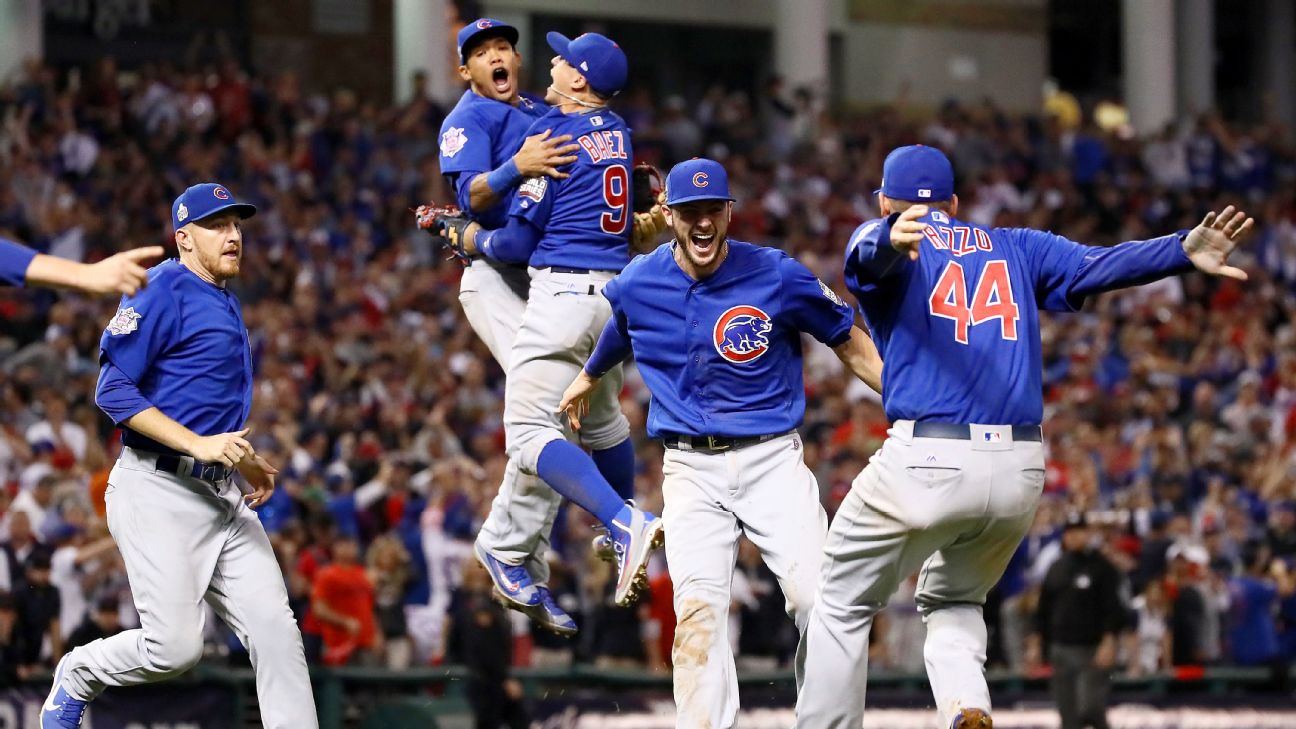 ESPN continues MLB Encore Tuesdays, a series of classic game broadcasts, this week at 7 p.m. ET with Game 7 of the 2016 World Series between the Chicago Cubs and Cleveland Indiansat Progressive Field.

What you need to know: Given everything at stake, this has to be considered one of the most anticipated World Series games in history. The Cubs, in the World Series for the first time since 1945, had gone 108 years since their most recent title in 1908. The Indians, meanwhile, had most recently won in 1948, a 68-year drought that included the gut-wrenching Game 7 loss in 1997, when they led 2-1 in the ninth inning. That's 176 total years of misery on the line in one game at Progressive Field. The Cubs were trying to become just the fourth team to win Games 6 and 7 on the road -- though the stadium appeared to be half-full of Cubs fans.


The Cubs had rallied from a 3-1 deficit in the series, winning 3-2 in Game 5 behind Jon Lester and 2 innings of relief from Aroldis Chapman and 9-3 in a blowout in Game 6. Chapman, however, threw 20 pitches in that game and 62 over Games 5 and 6. Joe Maddon's strategy, as we later learned, was to use three pitchers in Game 7: starter Kyle Hendricks, Lester on short rest and Chapman. The Indians started ace Corey Kluber, who was 4-1 with a 0.89 ERA in the postseason. He had been nearly untouchable in the playoffs but was starting for the second straight game on three days of rest.

Did you know?Dexter Fowler homered off Kluber to lead off the game, marking the first leadoff home run in a winner-take-all World Series game.

The view from the press box: Reporting from Cleveland for ESPN, Jayson Stark observed, "Madness. Mayhem. Ecstasy. Heaven. Pick whatever description works. The Chicago Cubs had won the World Series, and won it the only way they could.

You probably forgot he was in this game: I guess everyone remembers that David Ross played in the game -- it was the final one of his career -- and hit a huge home run off Andrew Miller in the sixth inning that gave the Cubs a 6-3 lead. What you might have forgotten is that the Cubs used three catchers in the game, and all three drove in a run. Willson Contreras started and hit a two-out RBI double in the fourth inning to give the Cubs a 3-1 lead. When Lester replaced Hendricks in the bottom of the fifth, Ross subbed in for Contreras, as Ross was Lester's personal catcher throughout the season. In the top of the ninth, Ross led off with a walk and was replaced by pinch runner Chris Coghlan. Miguel Montero then replaced Ross behind the plate and hit an RBI single in the 10th that gave the Cubs an 8-6 lead.

One thing you might miss: You know the final out: a little dribbler to third base that Kris Bryant fielded with a big smile. You might remember that Michael Martinez, an obscure bench player, was the batter for Cleveland. What you might have missed is why Martinez was in the game. Martinez was on the postseason roster mainly for his ability to play both the infield and the outfield, and he had batted just three times all postseason (and struck out all three times). When Jason Heyward stole second base and went to third on an error on a 3-1 count to Javier Baez with one out in the top of the ninth, Terry Francona brought in Martinez to replace the weak-armed Coco Crisp in left field (Brandon Guyer actually moved to left field, and Martinez took over in right).


The Cubs failed to score (Baez struck out trying to bunt), and the game went to extra innings. When Martinez came up in the bottom of the 10th with a runner on first base and those 176 years hanging in the balance, Francona was out of position players -- Martinez had to bat. As Sam Miller just wrote in his excellent piece on unsung World Series heroes, "The potential winning run came to the plate, and that hitter was Michael Martinez, the owner of a career .197/.241/.266 slash line, the worst hitter on either club and one of the worst hitters ever to bat in a World Series moment that mattered."

Was Francona's defensive move worth it? With the potential go-ahead run at third base, he wanted to bring in the better outfield arm, and I gave him credit for thinking of that in the moment, but really, what were the odds that Baez would hit a fly ball to left field (if Crisp were in the game) that would be at the exact right distance -- not too deep, not too shallow -- where a stronger arm would come into play? Were those odds worth the big drop in offense from Crisp to Martinez?

Aftermath: The Cubs became the first team since the 1985 Royals to rally from a 3-1 deficit to win the World Series. Ross called the home run off Miller the most shocking of his 15-year career. "I don't know how I hit that ball," he said.

Officials estimated that 5 million people showed up at the Cubs' World Series parade and rally, making it the seventh-largest gathering in human history and the largest in U.S. history. Both clubs returned to the postseason in 2017, with the Cubs losing in the NLCS and the Indians, after a historic 22-game winning streak, losing in the ALDS. Cleveland's title drought is now at 71 years, the longest in MLB. 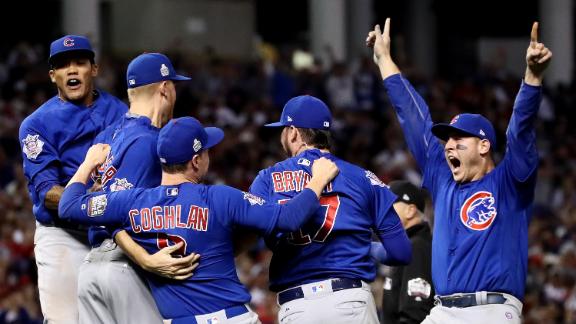 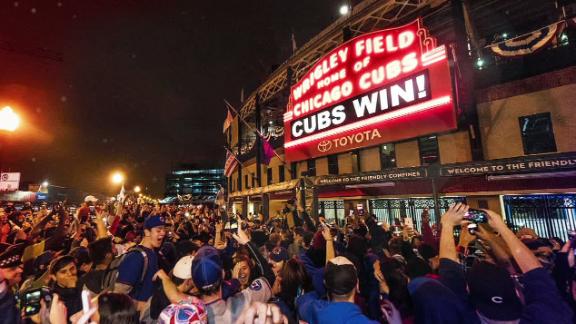 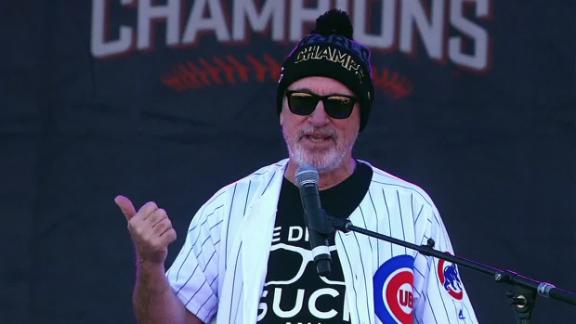