Where are king salmon in Lake Michigan? 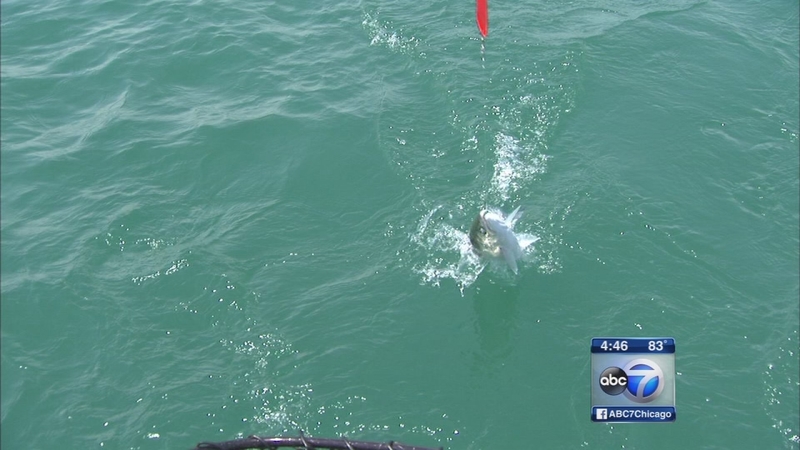 Where are the king salmon in Lake Michigan?

CHICAGO (WLS) -- King salmon has been one of the most popular catches for sport fishermen on Lake Michigan since it was introduced in the 1960s, but over the last few years, the population has dropped dramatically on the lake.

Nicholas Pellikan has been fishing Lake Michigan virtually his entire life. He has seen the king salmon population collapse in recent years.

"We'd catch a lot of salmon all the time, you come out, catch a bunch of kings, catch a bunch of Coho. Over the years with the invasive species... the have devastated the fishery," said fisherman Nicholas Pellikan.

Captain Bob Poteshman operates half a dozen charter fishing boats. He too has seen the decline in the number of king salmon.

"In the past years we had a much bigger catch of king salmon in the summer and we've had much less in the last two to three years," said Captain Bob Poteshman of Confusion Charters.

While invasive species like the zebra and quagga mussel have diminished the food supply for King Salmon, a large part of the population decline was by design.

"In 2013, the managers around the lake decided to have a 50-percent reduction in the stocking of chinook salmon, so that's a big part of it," said Vic Santucci of the Illinois Department of Natural Resources.

The reason they did this is that they noticed a sharp decline in the fish that salmon prey on. The alewife is a primary food source of the king salmon and many other large fish.

While the number of king salmon caught in Lake Michigan has definitely decreased, the number of Coho salmon and trout remain at healthy levels.

In just two hours on Captain Bob's boat we caught three large Coho salmon and a brown trout just off of Montrose Harbor.

"A lot of Coho salmon with some scattered catches of steelhead trout, lake trout, and an occasional King Salmon, too. It's been a really good spring fishery," said Captain Poteshman.