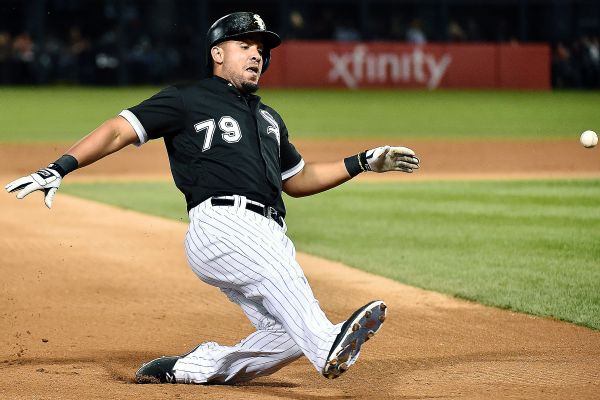 Hahn said Monday that he has received some trade feelers on first baseman Jose Abreu and outfielder Avisail Garcia early this offseason. While he has no idea if the inquiries will lead to more substantive talks, he's keeping an open mind.

"We have to listen,'' Hahn said on the first day of the MLB general managers meetings. "We have to explore. We're still in the same spot that we were a year ago, in that we're focused on the long term.

"At some point, not necessarily this offseason, we have to make the decision: Are we best served by extending them through what we project to be the bulk of our [competitive] window, or are we better off making a move like some of the others we've made and trying to reinforce the future with prospects?''

Hahn has received plaudits within the industry for adding such high-level prospects as Yoan Moncada, Michael Kopech, Eloy Jimenez, Blake Rutherford, Lucas Giolito and Reynaldo Lopez in trades. Although the White Sox posted a 67-95 record this past season, their farm system is now regarded as one of the strongest in the game.

Abreu, 30, and Garcia, 26, could further hasten the White Sox's youth movement if Hahn were to make them available in trades. Both players have two years of club control remaining and won't be eligible for free agency until after the 2019 season.

Abreu has averaged 31 homers, 102 RBIs and a .524 slugging percentage since coming to Major League Baseball from his native Cuba in 2014. He led the American League with 343 total bases this season.

"He's obviously extremely productive between the white lines, and he's extremely important in our clubhouse,'' Hahn said of Abreu. "He plays an important leadership role that we value. He's a mentor to our young players. In terms of his work ethic and preparation, he's what you want in a player. That matters to us.''

Garcia, who broke into professional ball with the Detroit Tigers at age 17 out of his native Venezuela, had a breakout performance this year and made his first All-Star team. He established career bests for home runs (18), RBIs (80), hits (171), runs (75) and doubles (27), while finishing second to Houston's Jose Altuve in the American League batting race with a .330 average.

"He's fulfilling the promise that many people projected for him over the last several years,'' Hahn said of Garcia, "and he's entering what is usually a player's peak, so that's a player who would be handy to have around as you're trying to win a championship. There are certainly arguments in favor of trying to find a way to [maintain] control at some point.''
Report a correction or typo
Related topics:
sportsespnrick hahnchicago white soxmlbtradegmtalksavisail garciameetingshot stovegeneral managernegotiationsjose abreu
Copyright © 2020 ESPN Internet Ventures. All rights reserved.
More Videos
From CNN Newsource affiliates
TOP STORIES