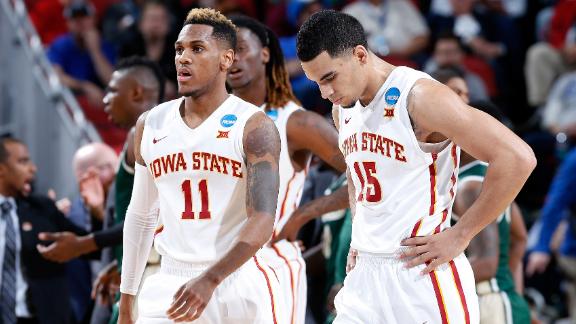 LOUISVILLE, Ky. -- The UAB Blazers may not have a football program anymore. They do have the first big upset of the NCAA tournament and hope they can give their university something to rally around.

William Lee scored the last four points for 14th-seeded UAB, and the Blazers knocked off third-seeded Iowa State 60-59 on Thursday in their opening game in the NCAA tournament. It's the third straight year a 14-seed has upset a No. 3 seed, and Georgia State followed up by joining the list within an hour with a 57-56 win over Baylor.

The Blazers (20-15) came in with the youngest team in the tournament and with nobody having played in this tournament before. They wound up winning the program's first NCAA game since 2005 and ran over to celebrate in front of the fans of a school that shut its football program down in December.

"For us, it was just huge," UAB junior Robert Brown said. "We come here, not just to play games, but to actually make some noise and to win some games. To be able to do that and win for Birmingham, win for Coach [Jerod] Haase, it's a great feeling."

And it set off a wild celebration in the Blazers' locker room.

"We were celebrating because that was a really big win for us with us being the underdogs," UAB guard Tyler Madison said.

Haase estimated maybe four or five of the Blazers didn't even realize a month ago that the Conference USA tournament champion earned an automatic berth, while another had never watched a selection show before Sunday.

"You're a product of your thoughts," Haase said. "There's been more talk right now about 14-seed or upsets than we've said the entire year. Our thoughts have been, when we play well, we think we can compete with anybody, and those thoughts have been expressed to our team, and our team has made the choice to believe in that. I think that's what you saw today."

The ninth-ranked Cyclones (25-9) came into the South Regional looking for a much longer run than a year ago when they reached the Sweet 16 without top scorer Georges Niang due to injury. But they just couldn't match the scrappy Blazers on the boards in a second half in which the Cyclones couldn't hold onto a 55-51 lead with 3:13 left.

For Iowa State coach Fred Hoiberg, it's one of his toughest losses. His Cyclones came in having won five straight, rallying from double-digit deficits in each on their way to the Big 12 tournament title. Hoiberg called that an emotional three days in Kansas City followed by playing the first game Thursday.

"I'm not going to make any excuses," Hoiberg said. "You've got to come out and play 40 minutes. ... I don't know. Maybe we should have let them get up double digits. That's kind of how we play our best."

The Blazers, who outscored Iowa State 9-4 down the stretch, will play UCLA on Saturday.

Iowa State, which lost its opener as a No. 2 seed in 2001, last led at 57-56 on a basket by Monte Morris. But Lee hit a jumper with 24 seconds left, putting UAB ahead to stay. Niang had a jumper blocked by Tosin Mehinti, and Lee got the rebound. Lee hit two free throws with 12.1 seconds left to make it 60-57.

Iowa State'sNaz Long missed a 3 that Morris tipped in with 0.4 seconds left, and the Cyclones couldn't get the ball back before the Blazers started celebrating their gutty win.

"We got lackadaisical," Long said. "We have no one to blame but ourselves. This one burns, man. It burns."

Brown led UAB with 21 points, while Lee finished with 14 points and 12 rebounds. Madison also had 11 rebounds as the Blazers dominated the boards 52-37.

Morris finished with 15 points for the Cyclones, who were making a school-record fourth straight tournament appearance only to lose their opener for the first time since 2001. Niang and reserve Matt Thomas both added 11 points, and Jameel McKay had 10 points and 12 rebounds.

Iowa State looked ready to finally put away an opponent as the Cyclones opened the game with a 12-2 lead. The Blazers settled down quickly enough and used a 14-4 run to turn it into a game, taking advantage of repeated turnovers by the Cyclones.

The Blazers took a 31-28 halftime lead before a 6:52 scoring drought. Not that it hurt as the teams wound up swapping the lead a total of 17 times with eight ties.

STREAK CONTINUED: UAB's win as a No. 14 seed follows up what Mercer did to Duke last year in the tournament. In 2013, it was Harvard upsetting New Mexico. So now Iowa State joins the list. Notre Dame coach Mike Brey, whose team was also a 3-seed, saw UAB's upset and said of Iowa State: "They took the bullet, not us."

UAB: Blazers fans didn't miss an opportunity to chant "Fire Ray Watts" during timeouts in their protest against the university president who shut down the school's football program in December. ... The Blazers had a 19-9 edge on the offensive glass. ... Haase won his debut as a head coach, though he appeared in 17 other tournaments as a player or assistant.

Iowa State: Thomas hadn't scored in double figures since late February, a span of six straight games. ... The Cyclones, who came in with the third-most wins in school history, lost as a No. 2 seed to 15th-seeded Hampton in 2001.

UAB Tops Iowa State
Naz Long was unable to score on an open 3-pointer as time expired and Iowa State's lost to UAB 60-59. 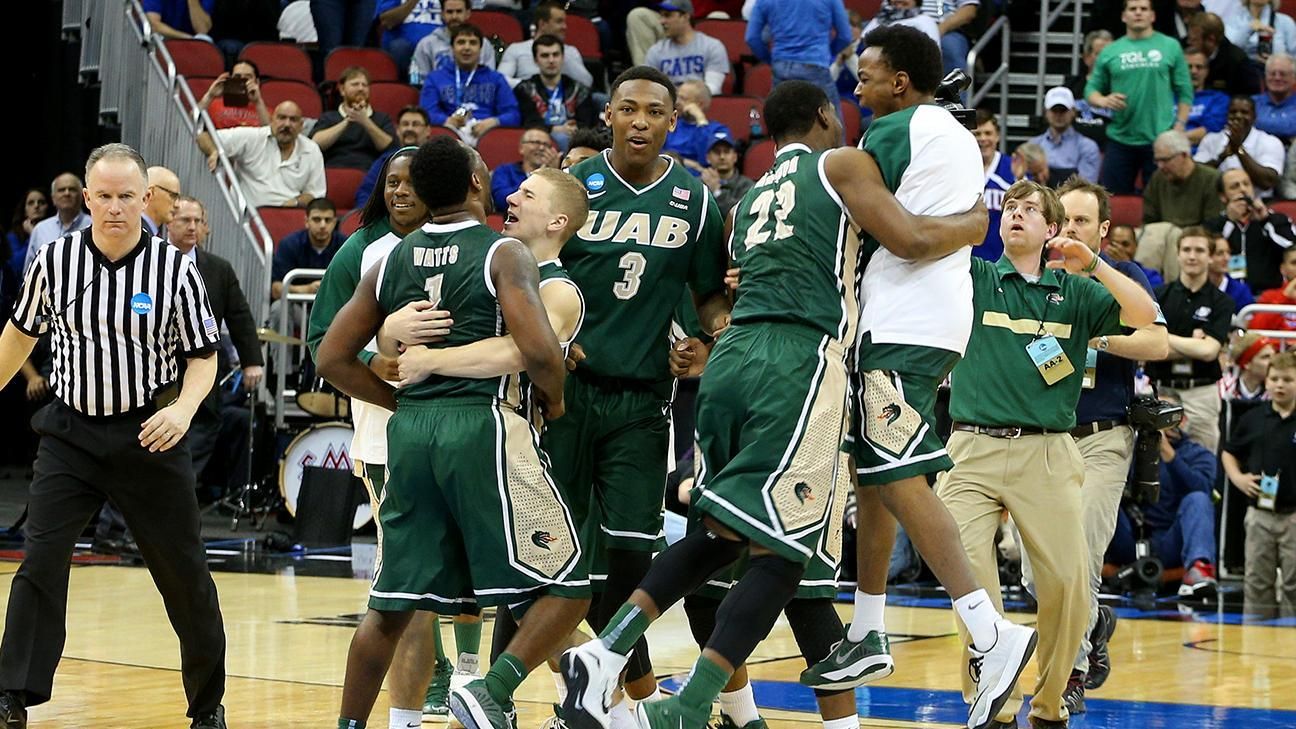 Iowa State's Flawed Defense Leads To Early Exit
Jim Calhoun breaks down UAB's 60-59 victory over Iowa State in the second round of the NCAA tournament.

UAB Tops Iowa State
Naz Long was unable to score on an open 3-pointer as time expired and Iowa State's lost to UAB 60-59.