Winners and losers from Selection Sunday 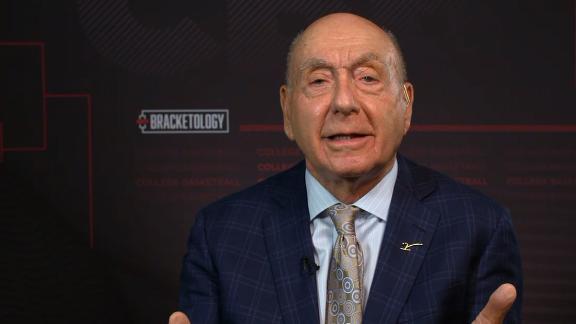 The bracket is officially out, and the next 90 hours or so will be spent going over matchups, Cinderellas, Final Four teams and national title predictions. But before we start making picks, we still have time for one more look back at the NCAA tournament field. Who was the happiest and the most upset on Selection Sunday?

Back in December, Oklahoma and Arizona State were two of the best teams in the country. Trae Young and the Sooners were perhaps the biggest story in the sport, while Arizona State defeated Xavier and Kansas away from home. Then the bottom fell out on both teams. Oklahoma won just two games since the end of January, and we'll discuss the Sun Devils' collapse below. Since the committee went away from including the final 10 to 12 games as a metric, it has maintained that a team's complete body of work is what matters. Sunday's results showed that.

It's not a huge deal, but the committee evidently had North Carolina and Michigan State ranked higher than their in-state rivals on its 1-68 list. Only North Carolina or Duke could play its first- and second-round games in Charlotte, North Carolina, after Virginia was sent there. And only Michigan or Michigan State could play its first- and second-round games in Detroit, after Purdue was sent there. Each top-four seed has its own pod, and each location can host only two four-team pods. The result? Duke got shipped to Pittsburgh, while Michigan will open up in Wichita, Kansas.

Villanova was the No. 2 overall seed in the bracket, but the Wildcats were treated like the overall top seed. Virginia was given a potential Arizona or Kentucky matchup in the Sweet 16, while Kansas has Michigan State or Duke waiting on the other side of the region. Meanwhile, Purdue (the 2-seed in Villanova's region) is a favorable matchup for Villanova, and West Virginia and Wichita State (the Wildcats' potential Sweet 16 opponents) have had their fair share of struggles this season.

As the final team in the field, according to committee chair Bruce Rasmussen, the Orange made it in despite going just 4-8 against Quadrant 1 teams and 7-11 against Quadrants 1 and 2 competition. Perhaps the biggest thing in Syracuse's favor is its quality numbers in the traditional metrics: RPI, strength of schedule and nonconference strength of schedule. Waiting for them in Dayton will be a struggling Arizona State team.

Holiday dinners at the Hurley residence could have been awkward had things gone a different way on Sunday. However, coach Bobby Hurley and Arizona State got into the NCAA tournament -- not missing out, despite coach Dan Hurley and Rhode Island's loss to Davidson shrinking the at-large field by one team. Arizona State lost five of its final six games and went 8-10 to finish ninth in a down Pac-12, but the Sun Devils made it to Dayton and the First Four.

Rasmussen said after the field was announced that Notre Dame was the final team out of the field -- meaning Davidson's win over Rhode Island on Sunday afternoon did in the Irish. At the end of the day, Colson's injury -- and 15-game absence -- was too much for the Fighting Irish to overcome. Had they been able to reverse the results of close losses to North Carolina, Louisville and Virginia Tech while Colson was sidelined, Mike Brey's team would be dancing.

Maybe this is a conspiracy theory, but three of the biggest teams left out of the field -- Louisville, Oklahoma State and USC -- were connected to the FBI investigation in September. Take it a step further and one could make the case that Arizona and/or Auburn -- also involved in the investigation -- are seeded lower than expected. Maybe it was purely based on credentials, but it's certainly something to think about.

Here's what Virginia received as a present for being the overall No. 1 seed in the bracket: a potential Sweet 16 date with Arizona or Kentucky, two of the hottest and most talented teams in the country. Both teams are coming off conference tournament titles, and both teams possess significantly more NBA-bound players than Virginia. Waiting on the other side of the bracket could be Cincinnati, a team not afraid of slowing it down and getting in the mud with the Cavaliers. If Virginia is going to get over the hump and reach the Final Four, it will have certainly earned it.

Middle Tennessee and Saint Mary's were bounced earlier than expected from their conference tournaments, and it cost them. Middle Tennessee, after starting 24-5 in the regular season, lost its season finale at home to Marshall and then was bounced in the Conference USA tournament by Southern Miss in overtime. Meanwhile, Saint Mary's pinned its entire at-large résumé on a win at Gonzaga after losing in the West Coast Conference semifinals to BYU. It wasn't enough for the Gaels. The committee did not buy into these gaudy-but-mostly-empty records.

It remains to be seen whether USC knew it needed to win the Pac-12 final against Arizona on Saturday to make the NCAA tournament, but the committee made it fairly clear by leaving the Trojans out of the field -- and not even as the first team out. In retrospect, it should have been somewhat obvious. USC's best wins were over Middle Tennessee and New Mexico State. The Trojans were swept by UCLA, lost to Arizona State and also lost twice to Arizona. Finishing second in the Pac-12 wasn't enough. 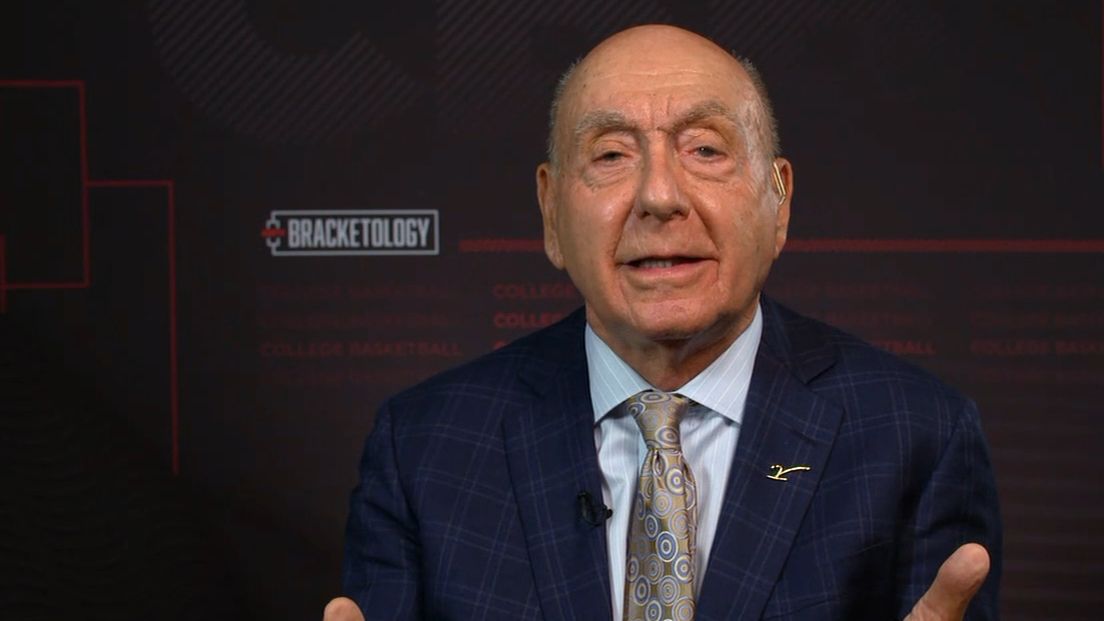 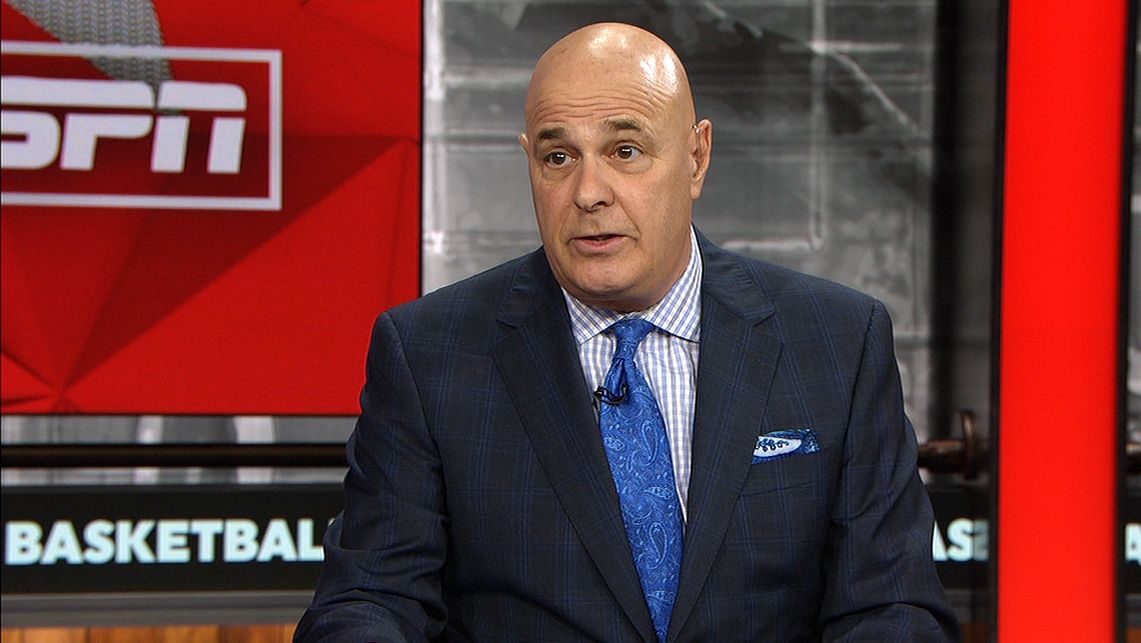 How Trae Young is a threat in the tournament
Seth Greenberg explains that if Trae Young is matched up against a team that is unfamiliar with him, "He could get it going in a different way."
Report a correction or typo
Related topics:
sportsespnwinnersoklahoma soonersvillanova wildcatslosersnotre dame fighting irishmens college basketballvirginia cavaliersncaa tournamentbracketsyracuse orangenews ncaa tournamentarizona state sun devilsusc trojanschamp week
Copyright © 2020 ESPN Internet Ventures. All rights reserved.
More Videos
From CNN Newsource affiliates
TOP STORIES