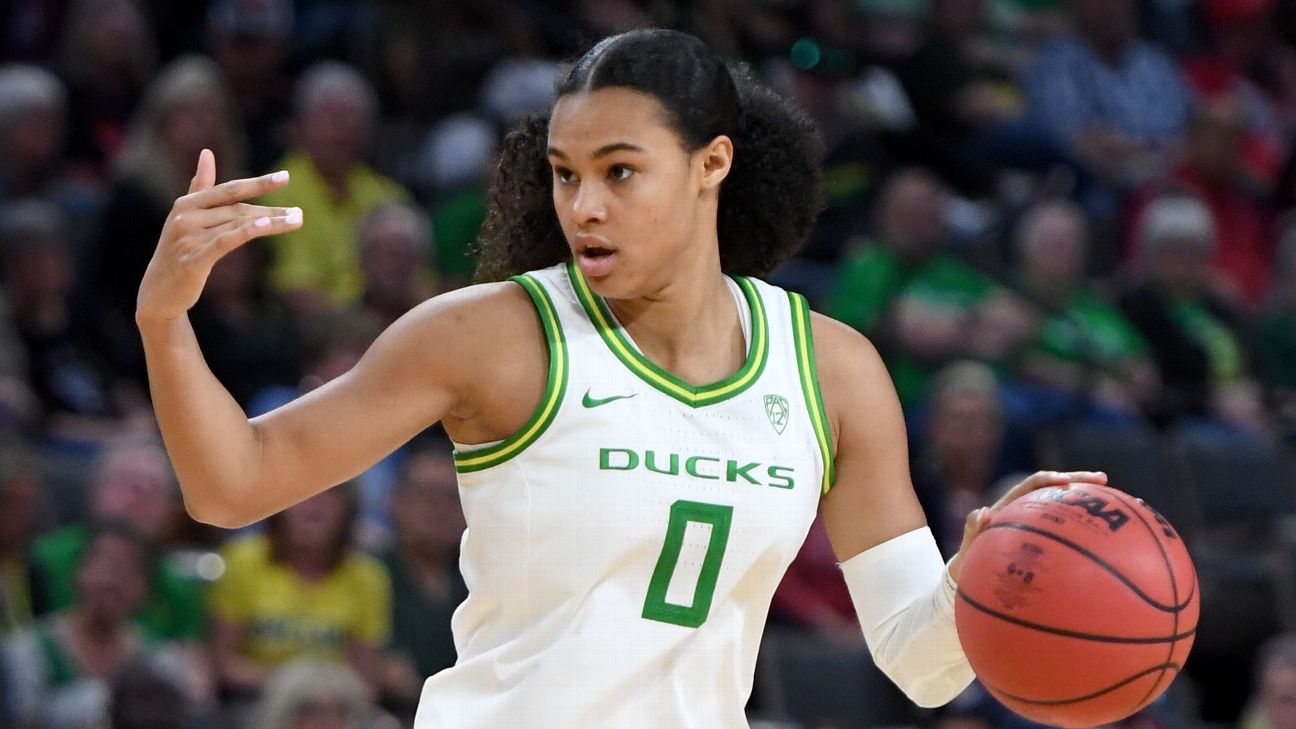 The New York Liberty will have the leadoff spot and are expected to select Oregon senior Sabrina Ionescu with the No. 1 pick in the 2020 WNBA draft on April 17 (ESPN/ESPN App, 7 p.m. ET).

But the Dallas Wings, with four picks in the first round and two in the second, might impact the draft more than any other WNBA team. The Wings have picks 2, 5, 7, 9, 15 and 21. Whether they make selections with all of those or trade some, draft day will be big for Dallas.

"This draft is vitally important to us," Dallas president and CEO Greg Bibb said. "What happens in this draft will set the agenda for our organization for the next decade. If we do it right, the next decade could be really good. And if we miss, then we have some problems."

Skylar Diggins-Smith (who missed 2019 on maternity leave), Glory Johnson, Azura Stevens and Imani McGee-Stafford are among players no longer on the roster. But there are five Wings back who started at least 16 games on last season's 10-24 team: Arike Ogunbowale, Allisha Gray, Kayla Thornton, Isabelle Harrison and Kaela Davis. This will be coach Brian Agler's second season in Dallas, and he and Bibb have been strategizing the past several months about the 2020 season and beyond.

"It is a reset for us. We're going to be young; there will be some growing pains," Bibb said. "But as we told our players, the opportunity to create the culture and set the legacy is in their hands. This group is going to do that for the organization for the foreseeable future."

A look at how the draft might shape up.

Ionescu swept all the national player of the year honors, including the Wade Trophy, the Wooden Award and the Naismith Award, plus the Associated Press and the espnW player of the year awards. While that hardware might not travel with her literally to New York, she'll join the Liberty with a very glitzy résumé that will be welcomed in the Big Apple. She averaged 17.5 points, 8.6 rebounds and 9.1 assists this season for the Ducks, and her playmaking and competitive drive will boost the Liberty.

2. Dallas Wings: Satou Sabally, SF, Oregon
Yes, we've made a change here from the previous mock drafts. As mentioned, the Wings control a lot of this first round. As much as they'd love to have local product Lauren Cox of Baylor, Sabally's offensive skills and athleticism at 6-foot-4 is just too hard to pass up. The consensus of talent evaluators around the WNBA is that Sabally -- who averaged 16.9 PPG and 6.9 RPG and made 45 3-pointers this season -- could be a staple of the franchise for years if her game develops the way it's projected to at the pro level.

3. Indiana Fever: Lauren Cox, PF, Baylor
If Sabally wasn't in this draft, the Big 12 Player of the Year would be staying home in Dallas (she's from suburban Flower Mound, Texas). Her family being so close to the Wings might make this an initial disappointment for Cox, but Indiana could be a very good fit. She would be playing for Marianne Stanley, who has coached or gone against every great post player in women's basketball since the 1970s. Cox would be joining a 6-7 center in Teaira McCowan, much like her successful pairing with 6-7 Kalani Brown at Baylor. And Cox is a defensive stalwart, which Fever general manager Tamika Catchings will like.

4. Atlanta Dream: Chennedy Carter, SG, Texas A&M
Carter declared for the draft on March 29, but everyone was expecting it all college season. With signature player Angel McCoughtry (out injured last season) gone to Las Vegas, the Dream are looking to remake themselves. Carter's scoring ability has been pro-level pretty much since she started playing in college, but she also has had her stinker games, in which she tries to shoot out of slumps. The Aggies lived (and sometimes died) with that; she'll need to be more disciplined at the pro level. But the talent is there; she averaged 21.3 PPG this season.

5. Dallas Wings: Tyasha Harris, PG, South Carolina
The Wings should have UConn product Moriah Jefferson back this season after she missed 2019, but they could use more help at point guard. Ogunbowale handled a lot of the point duty last season as a rookie and did an admirable job, but she's more suited to shooting guard. At 5-10, Harris is bigger than Jefferson, and both are strong defenders. Harris has a true point guard's mentality, and she can provide leadership even as a youngster on a young team.

6. Minnesota Lynx: Megan Walker, SF, UConn
The Lynx are one of those teams without a glaring need in the draft, so expect them to take the best available player. Walker also would give them another connection to UConn, which has worked well with past picks Maya Moore and Napheesa Collier, last season's rookie of the year who played two seasons with Walker in Storrs, Connecticut. Walker, a draft-eligible junior, had a strong season as American Athletic Conference Player of the Year, averaging 19.7 PPG and shooting 45.1 percent from 3-point range (78 of 173).

If the Wings don't trade this pick, they might look to add another versatile post player who is very skilled. Alarie finished the season averaging 17.5 points and 8.6 rebounds for the Tigers, who went 26-1. She has size at 6-4, can score from many spots and is a good passer who could help the Wings spread out their offense. Her best season for 3-point field goals was as a freshman (39), but she finished with 95 for her career and is respectable from long range.

The Sky are another team looking for the best available player. But who that player is might not be readily apparent. They might opt for Gillespie and hope it works out, but there's also a chance she falls to the second round. Opinions on her pro ability are quite varied. What we do know is she led the Seminoles in scoring (15.6 PPG) and rebounding (8.7 RPG) this season, and that included hitting 44 3-pointers.

The Wings might not get Cox, but perhaps they'll go for another Texas-native forward to add more Lone Star State flavor to the team. Holmes was the espnW HoopGurlz No. 2 prospect for the class of 2016, and then was Big 12 Freshman of the Year. But a suspension for the first semester of her sophomore year and a broken ankle before her junior year kept Joyner from having the Longhorn career she might have had. However, she averaged 13.1 points and 8.7 rebounds as a senior, and perhaps her potential will be realized at the pro level. Holmes returns as a first-round projection after not being included in ESPN.com's February and March mock drafts.

A wing might be more what the Mercury are looking for. But Mompremier might be thought of as too good to pass up. As is the case with Gillespie, though, opinions vary on whether she'll be a solid first-round pick. A foot injury limited her final season to just 17 games for the 15-15 Hurricanes. Still, in the time she was on the court, she averaged 16.8 points and 9.8 rebounds, and she's a very athletic 6-4.

Hebard had a terrific career at Oregon. She averaged 17.3 points and 9.6 rebounds as a senior while shooting 68.5% from the field. But pro scouts seem uncertain about how her skill set will transfer to the pro game because of her lack of shooting range, and about how physical she will play at the next level even though she is 6-4. But maybe some of the doubts will just fuel Hebard, who with the Storm would have time to develop. Plus, we'll bring up her field goal accuracy again: 65.1% for her Ducks career.

The defending WNBA champions don't have any obvious needs. Perhaps they'll go with another perimeter player who is comfortable at both the point and shooting guard spots. Cooper could fit that role. The fact that she played for three teams in college might raise a few eyebrows, but her stats this season with Baylor -- which projected as a No. 1 seed in the NCAA tournament -- were solid. She averaged 13.6 points and 4.6 assists while shooting 41.5% from 3-point range (56-of-135). 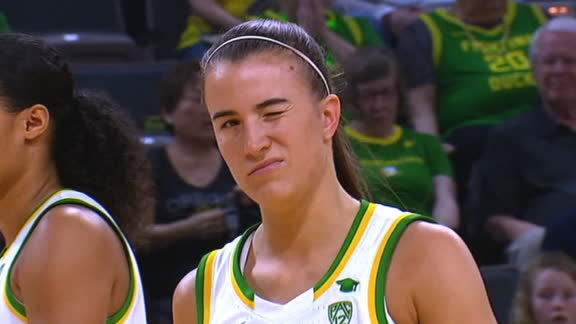 Ionescu wins the Wooden Award for 2nd straight year
Sabrina Ionescu wins the John R. Wooden Women's Player of the Year Award for the second year in a row for her outstanding senior season with the Oregon Ducks. 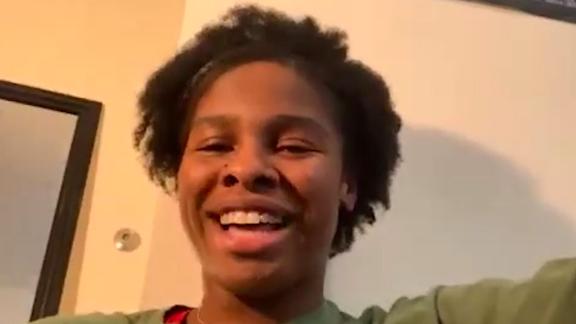 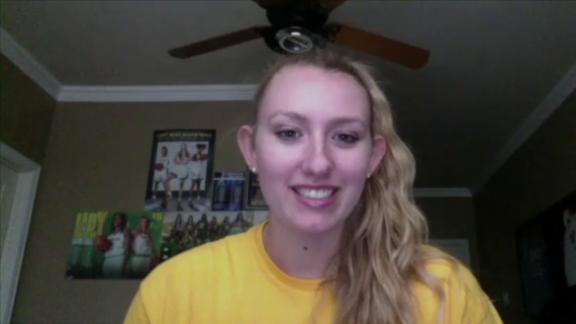 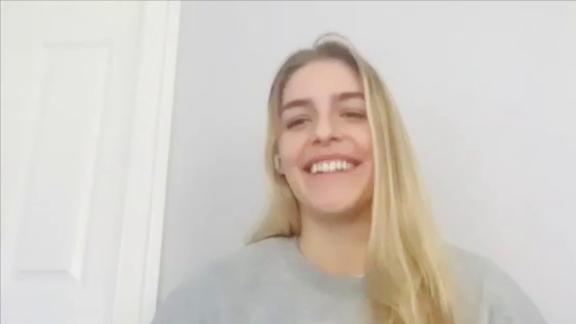 Princeton's Bella Alarie has a famous godfather
Bella Alarie says her godfather Jay Bilas has given her good advice and shares how she's preparing to celebrate the WNBA draft at home with her family. 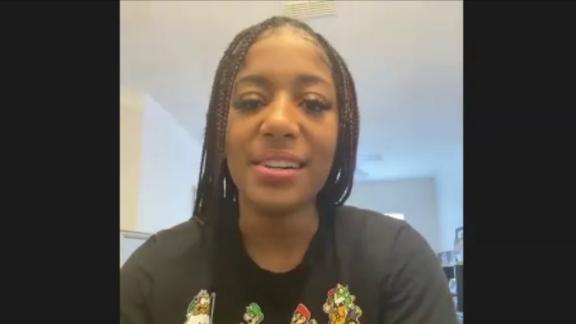 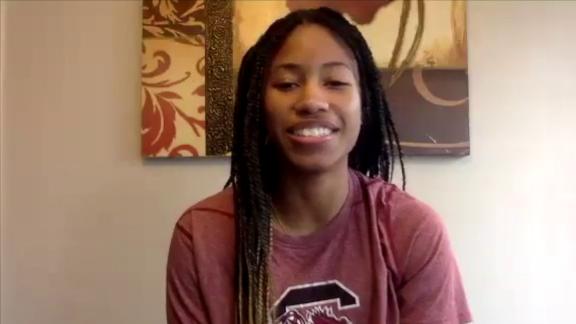