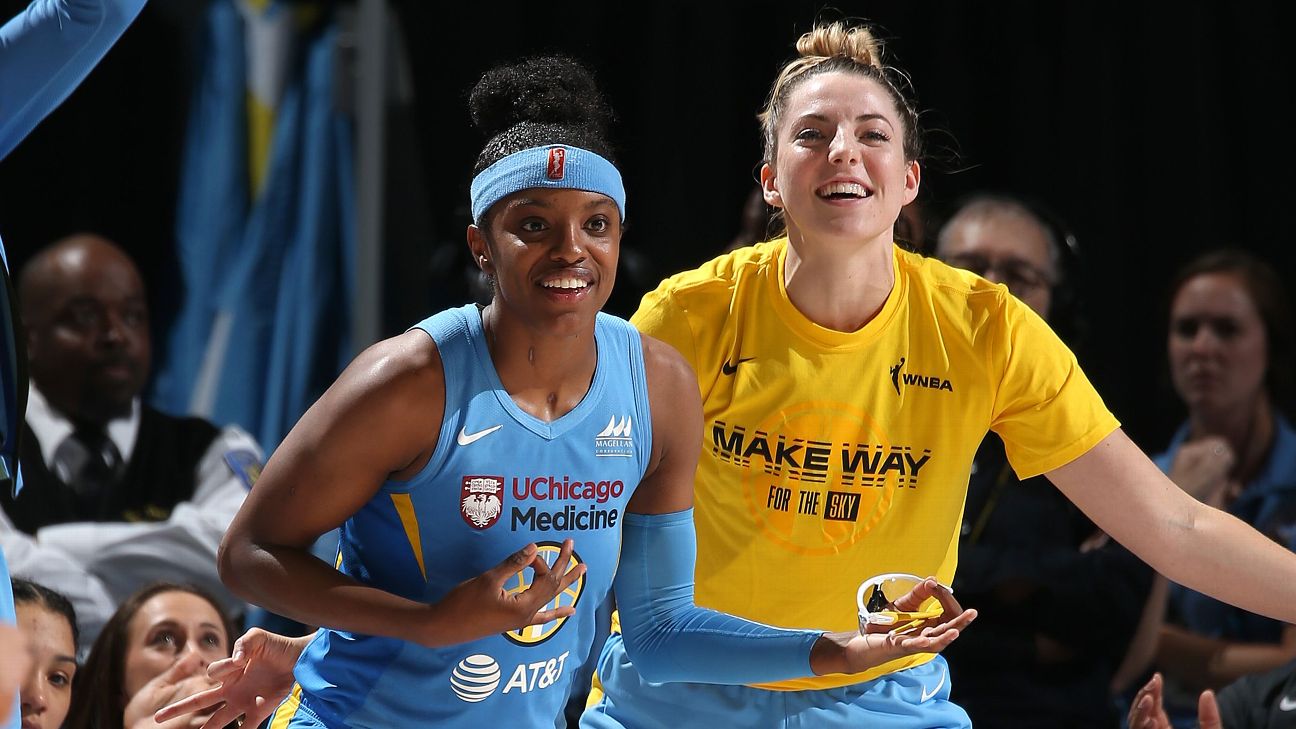 The 2019 WNBA playoffs are underway. No. 5 seed Chicago beat eighth-seeded Phoenix 105-76 to reach the second round. No. 6 Seattle, the defending WNBA champion, beat 7-seed Minnesota 84-74 to advance. Here are the top storylines from the first round.

And if you missed any of our other postseason content:

+ From prodigy to prospect: Which way will Diamond DeShields go next?

In her second WNBA season and first playoff game, Diamond DeShields looked the part of the emerging superstar. Chicago cruised past Phoenix, sending the Sky into a much-anticipated showdown with Las Vegas in the second round Sunday (ESPN2, 5 p.m. ET). DeShields had 25 points, shooting 52.6% from the field, to go along with four rebounds and three assists. With Brittney Griner limited because of a knee injury suffered in the second quarter, the Sky's inside game thrived, too, as Astou Ndour and Stefanie Dolson each scored 16 points, and Cheyenne Parker had 11. The Sky shot 53.2% overall, and 50% (9 of 18) from 3-point range. -- Mechelle Voepel

In a battle of the past two teams to win WNBA titles, defending champion Seattle is the one still standing. The Storm beat Minnesota thanks largely to a splendid backcourt performance that was cheered on by the injury-sidelined Sue Bird. Jordin Canada, Bird's understudy at point guard last year as a rookie, had 26 points, and fellow guard Jewell Loyd scored 22. The oddest thing about this game is that each team's leading scorer this season was essentially shut down. Forward Natasha Howard had only two points for the Storm, and guard Odyssey Sims had only one point for the Lynx.

Minnesota had to like what it got from rookie Napheesa Collier, who was 8 of 11 from the field for 19 points with 10 rebounds, and fellow forward Damiris Dantas had 20 points and six rebounds. Those are two young players to build around, and the Lynx will have veteran center Sylvia Fowles back next season, too. And Sims, despite her struggles Wednesday, has been a strong addition to the Lynx. Will Maya Moore return next season? We'll have to wait and see. And in a season in which the Storm didn't have Bird or 2018 MVP Breanna Stewart, making it this far is quite a success. -- Mechelle Voepel

In case you missed it

From preseason favorite to first-round exit 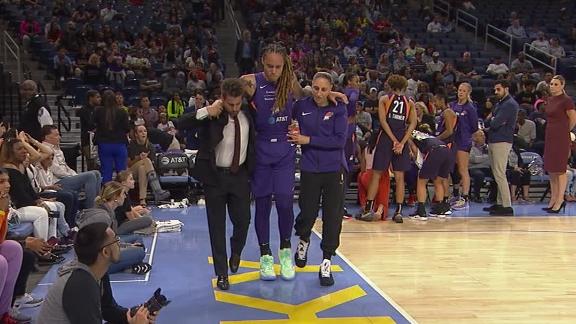 Griner goes down with a knee injury
Brittney Griner has to be helped off the court after suffering a left knee injury while setting a screen. 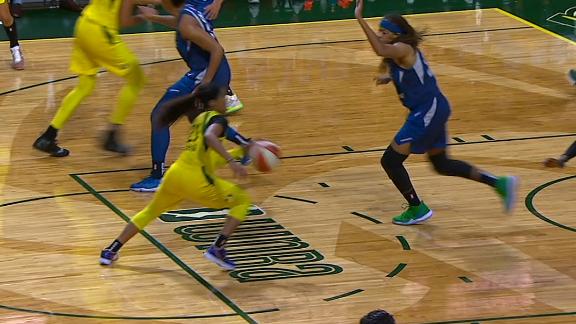 Canada pulls hesitation crossover out of her bag of tricks
Jordin Canada pulls the ball back, then uses a head fake to blow by her defender for the layup to increase the Storm's lead.
Report a correction or typo
Related topics:
sportsespnchicago skywnbaphoenix mercuryminnesota lynxseattle stormespnw sportsespnw
Copyright © 2020 ESPN Internet Ventures. All rights reserved.
More Videos
From CNN Newsource affiliates
TOP STORIES