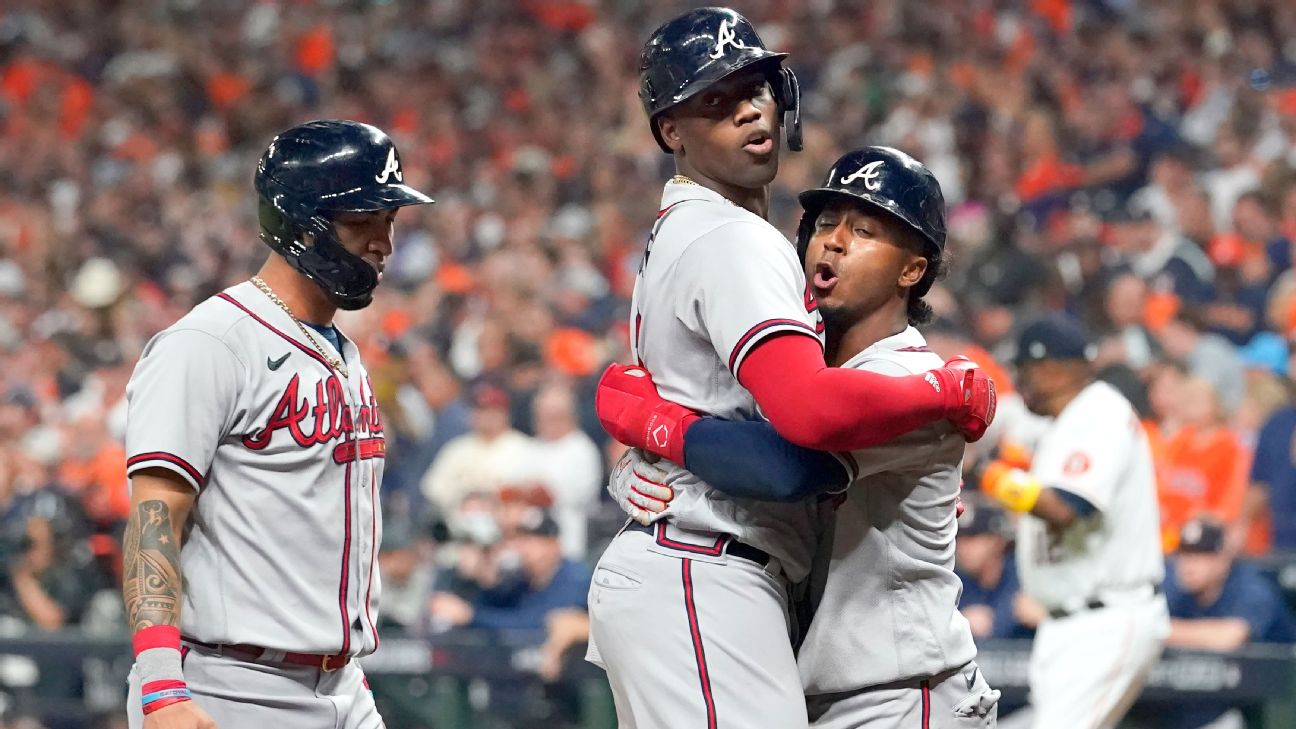 The 2021 World Series is over, and the Atlanta Braves are champions, defeating the Houston Astros in six games. The Braves, who came into the postseason as a bit of a dark horse, found their groove against the best baseball had to offer. They're celebrating their fourth championship as a franchise and their first since 1995.

From the first pitch of the series to the final celebration, we've got you covered with results and analysis from every game in the Fall Classic.

Listen to every MLB postseason game on ESPN Radio

Game 1 box score | Game 1 highlights
Passan: Morton threw 16 pitches on a broken leg -- and then apologized that it wasn't more

How Martin Maldonado saved Astros' season by not swinging

Passan: F-bombs, wine and a lot of love: How the Braves rose from their darkest moment

'It's storybook stuff': Inside Brian Snitker's long and winding road to a World Series title (ESPN+)

Keown: 'You get over it': For 24th time, manager Dusty Baker heads home without a World Series title

Three questions for the Astros after their World Series loss (ESPN+)


How the Astros got here

It has been a long, strange trip for the Houston Astros in the American League. Coming off their sign-stealing scandal and a sub-.500 performance in the abbreviated 2020 season, it was worth asking whether Houston was truly as elite as their reputation. That answer turned out to be a resounding yes. First, the team took care of the Chicago White Sox in convincing fashion. Then they faced the suddenly surging Red Sox, who seemed to have them on the ropes after a barrage of home runs led Boston to take a 2-1 series lead. The Astros didn't panic, however, and shut down the Red Sox's bats with ease in the next three games.

How the Braves got here

In the National League, the Atlanta Braves won three straight in the NLDS after going down in the first game to the Milwaukee Brewers. That only set them up to take on the winner of the San Francisco Giants-Los Angeles Dodgers series, a matchup that would determine which team with a historically successful regular season the Braves would have to overcome. They proved more-than-adequate to the challenge, starting off the series with a pair of walk-off wins in Atlanta and staving off a comeback attempt by the star-studded Dodgers.

Keown: A tense Game 5 was a fitting end to this series

How the Braves rebuilt their outfield without Ronald Acuna Jr. -- and saved their season (ESPN+)

Passan: The roar of October baseball is finally back 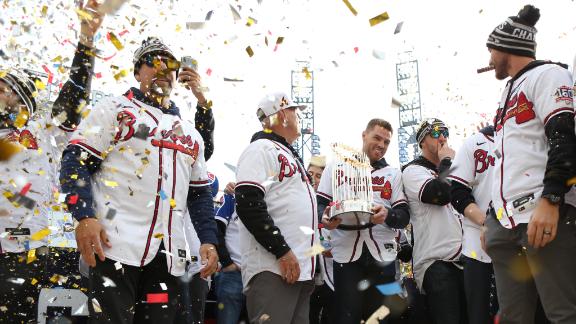