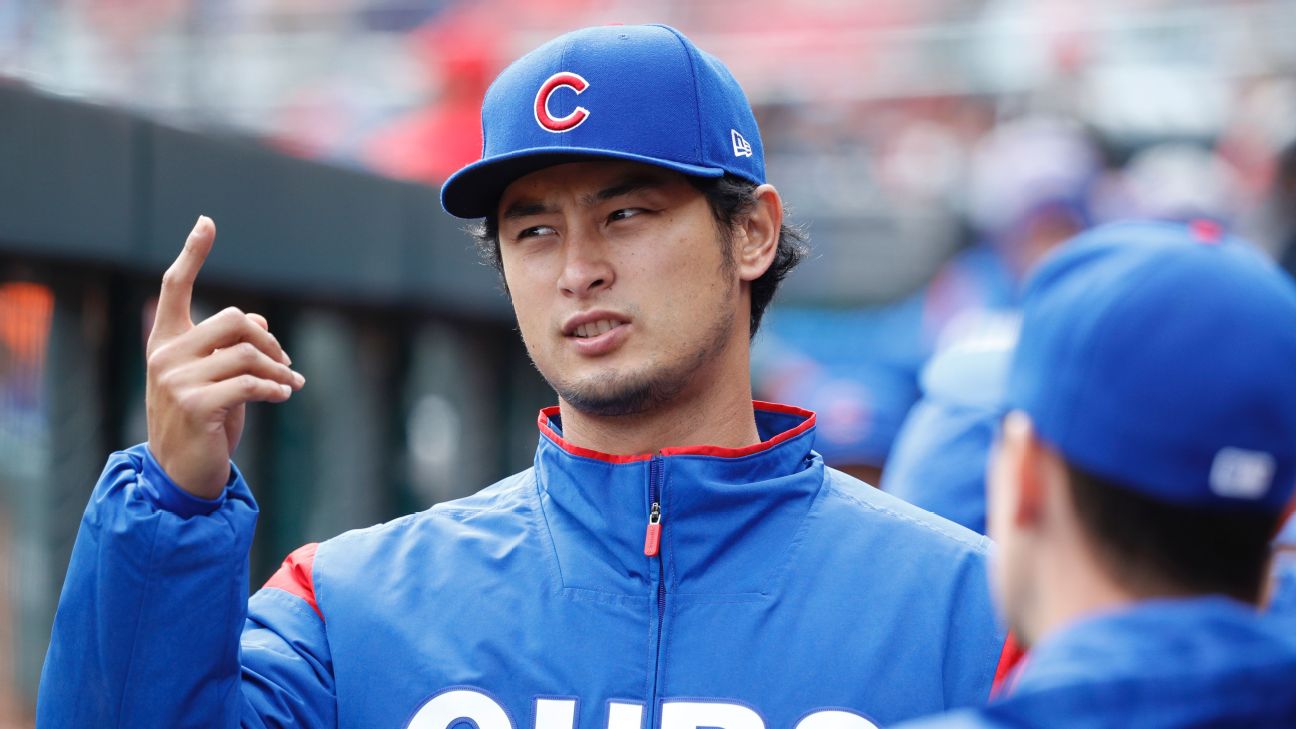 LOS ANGELES -- The Chicago Cubs got bad news after right-handed starter Yu Darvish threw in the visiting bullpen at Dodger Stadium on Thursday. He told Cubs brass he felt pain in his rehabbing triceps, which means he will be re-evaluated in Chicago, putting his comeback on hold.

"He still felt the pain on extension," manager Joe Maddon said Thursday before the Cubs and Dodgers played their series finale. "He was unable to really turn it loose."

Darvish, 31, has been out since late May after an MRI showed some inflammation but no serious damage. After a simulated game which went very well last week at Wrigley Field, Darvish threw five solid innings at Class A South Bend on Monday, but didn't feel right after that start.

"After that game he was complaining of something," Maddon said. "Between then and now we've been trying to work through it."

The Cubs have been attempting to determine whether the issue was normal soreness, which occurs during rehab, or pain, which indicates something more serious. Cubs doctors will examine him over the weekend before determining the next course of action.

After playing catch on Wednesday at Dodger Stadium, Darvish thought he might be OK and was asked if it was up to him what his next step would be -- another rehab start or a game in the majors?

"I don't feel too bad," he said through an interpreter. "Rather than what I want it's how my body feels."

On Thursday, his body told him things weren't right, so it's back to the drawing board after the Cubs thought they were moving in the right direction with their $126 million investment. Darvish has made just eight starts this season, compiling a 4.95 ERA.

"We thought we had a shot this weekend (to pitch at Wrigley Field) based off ... the simulated game (last week)," Maddon said. "It was outstanding. That wasn't that long ago."

That was then, this is now. Instead, Tyler Chatwood, fresh off paternity leave, will start on Saturday with Mike Montgomery getting the series opener against the Minnesota Twins on Friday. Jon Lester will pitch on Sunday before the Cubs finally get a day off. They're 1-6 on their current road trip and a week ago though Darvish would be helping soon.