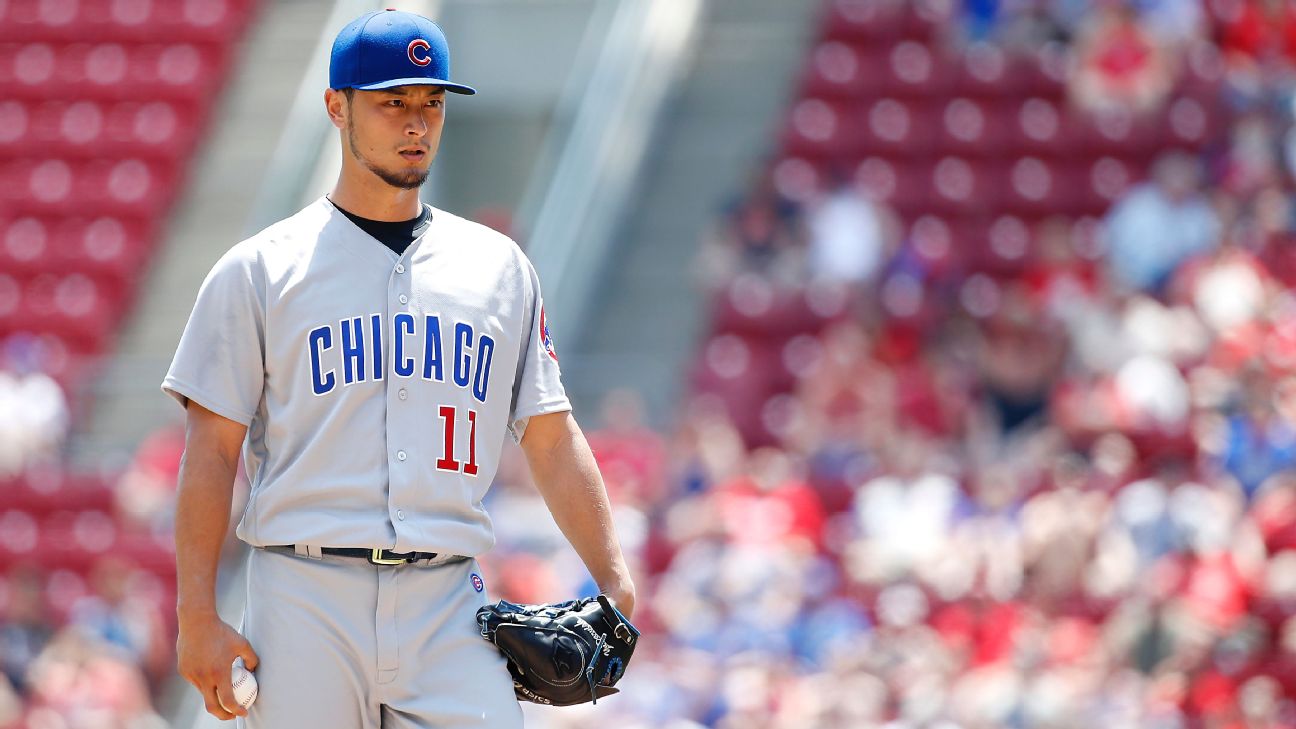 Darvish hasn't pitched in the majors since May 20 because of right-triceps tendinitis. The Japanese ace threw five sharp innings for Class A South Bend.

"In the triceps there's likeliness to get more fatigue there, especially if there's a long gap between innings," Darvish said through a translator while wearing ice packs on his right shoulder and right elbow. "That's when I feel fatigue there. Not necessarily pain, but I can't for sure say there is nothing going on in the tricep zone."

Darvish, who pitched a simulated game last week in Chicago, was set to rejoin the Cubs in Los Angeles on Tuesday. He said his performance was "not perfect."

"I will be flying into L.A. and we'll be discussing more about the future schedule," Darvish said. "It's not up to me to decide. The coaches and manager will have to watch the [rehab] game and decide. It's not anything bad. Anyone comes off DL goes through this."

"It's day by day," he said. "It differs. I had some anxiety coming into this game as I did in the sim game. The goal today was to pitch through four innings and not have to cut it short early because of pain."

Darvish allowed one run and three hits -- a solo homer by Joey Morgan and two doubles -- against West Michigan in the Midwest League game. He struck out five, walked none and threw 57 pitches, 41 for strikes.

"He could be back by the end of the week," Cubs manager Joe Maddon said at Dodger Stadium before Darvish had completed his outing. "He is pitching right now. He is doing really well. He is throwing a lot of strikes. His fastball has been good and his breaking ball has been good so he is getting really close."

The 6-foot-5 Darvish, who signed a $126 million, six-year contract as a free agent in the offseason, has struggled to a 1-3 record with a 4.95 ERA in eight starts. He's twice been on the disabled list, the first time for flu.

Darvish threw an assortment of pitches Monday, with his fastball reaching 94 mph. He ended the fourth with a 62 mph slow curve to strike out a completely fooled Reynaldo Rivera and received high-fives from his teammates when he reached the dugout.
Report a correction or typo
Related topics:
sportsespnmlbrehabyu darvishinjurychicago cubs
Copyright © 2020 ESPN Internet Ventures. All rights reserved.
More Videos
From CNN Newsource affiliates
TOP STORIES