Yu Darvish's replacement is doing his job better than Darvish 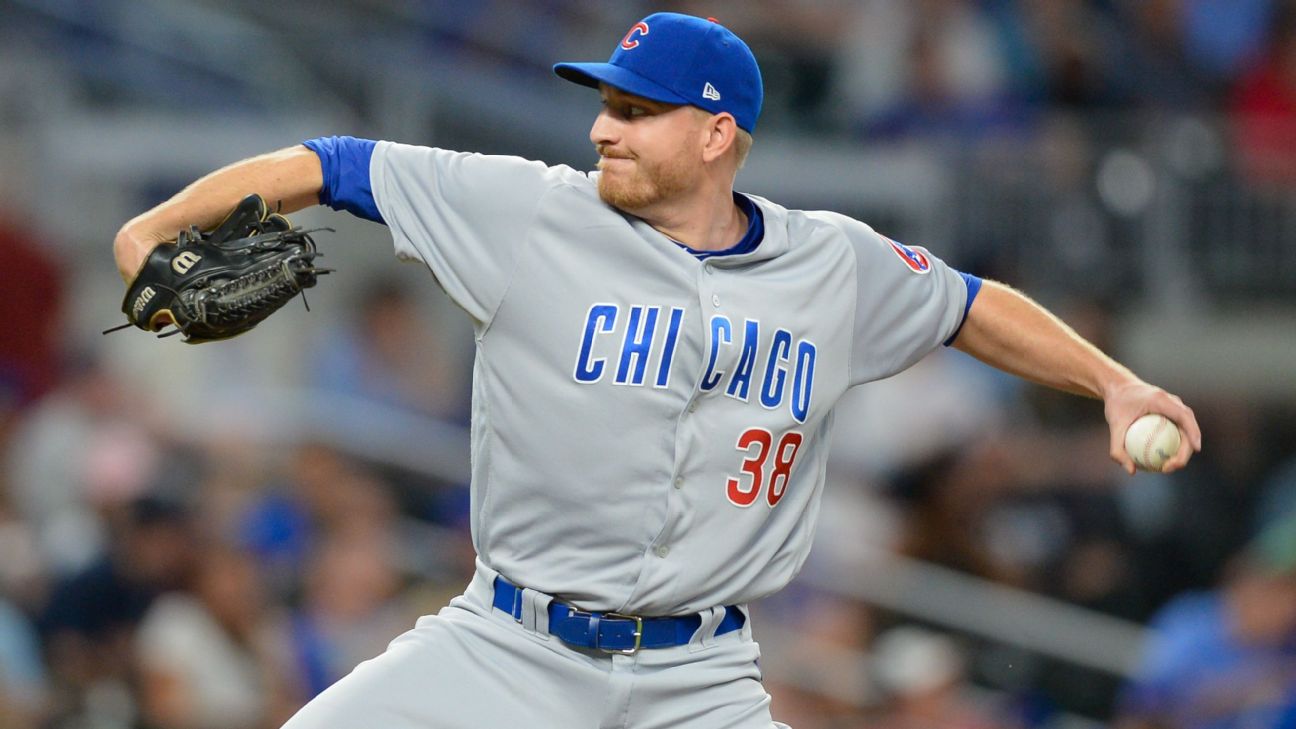 CHICAGO -- It could have been the worst night of his life, but Mike Montgomery turned a terrible moment into an opportunity after getting kicked off his high school basketball team a decade ago.

Montgomery was a rising two-sport star, and basketball was actually his better game, but the 6-foot-5, 215-pound lefty had an issue that showed up only come hoops season.

What Montgomery had in baseball was a live arm, which wasn't reaching its full potential at William S. Hart High School in Santa Clarita, California. His season always started later because of his commitments to the hardwood. That changed one night his senior year.

"I got a couple technical fouls out of frustration during games and I think my coach, out of his own ego, said, 'If you get another technical you're off the team,'" Montgomery explained. "I figured, whatever, I was like the main player on the team. He's not going to kick me off. Sure enough, I get another technical in a heated rivalry game. Out of frustration. And so he kicks me off the team."

"That night when he was removed, I told him and his dad to come over to the house and we'll sit down and talk," Hart baseball coach Jim Ozella said in a phone interview. "He was bothered because he spent so much time playing basketball, but I said, 'Listen, we're going to make this the best thing that's ever happened to you.'"

Montgomery remembers the meeting as well: "The baseball coach said, 'I don't care what happened, come play baseball. We'll work through it.'"

From that moment on, Montgomery's baseball career took off. He was a first-round draft pick by the Kansas City Royals in 2008, eventually making his way to the Cubs and saving Game 7 of the 2016 World Series. That might have been his coming-out party to the league, but the 28-year-old won't be satisfied until he gets a chance to start every five days. That chance is right now, as Montgomery is filling in for injured high-priced righty Yu Darvish.

The results so far speak for themselves, and he takes the mound for his third start of the season Friday against the Pittsburgh Pirates. In two outings as a starter, Montgomery has pitched a combined 11 innings, giving up four hits, one walk and just one run. He's been fantastic.

"His ability to throw four pitches in the strike zone was a big factor," catcher Chris Gimenez said. "He's always had a good changeup but wasn't always able to throw them for strikes. He did the other night."

Gimenez and Montgomery were teammates in the Rays system in 2013. The pitcher was a far cry from the near-finished product he is today. Though neither player can remember exactly why, Gimenez was Montgomery's personal catcher. In the minors. That doesn't happen often. "Back then I didn't know what I was doing," Montgomery said with a laugh in recalling that season. "I had a feel, but everything was different. I set the record for wild pitches that year in the International League. I was a different pitcher, and [Gimenez] was a veteran-type guy they brought in."

Montgomery threw 18 wild pitches that season, and Gimenez didn't dismiss the notion that the coaches might have just thought, 'Here, he's your problem,' giving the catcher the task of helping harness the talent everyone saw. Fast-forward to late last month, when Gimenez caught Montgomery in a game for the first time since that year. Even with Montgomery on a pitch count, the results were better than anyone could have expected: 5 innings, two hits, five strikeouts, no walks, no runs, 76 pitches. The Cubs won 7-0.

"I'm different now," Montgomery said. "We [he and Gimenez] joked about it the other day. He didn't have to block as many balls in the dirt this time. I used to spike a lot of heaters."

Gimenez admitted that his shins and knees took a beating that minor league season, but now the lefty throws his fastball for strikes. It's been even better in Montgomery's two starts, as the opposition is 3-for-18 (.167) in at-bats ending with that pitch. In Montgomery's outings from the bullpen this season, hitters have been 21-for-60 (.350).

"He's throwing strikes with this fastball," manager Joe Maddon said. "That box is checked. The changeup is great off of that, and throwing his curveball where he wants it. That's a pretty good formula right there."

Even though it's just two outings, Montgomery's performance has been a godsend for a team searching for consistency in its rotation. Basically, he's doing what Darvish was supposed to be doing. He's relishing his time in the role, something he publicly pleaded for in the offseason.

"There was a lot of concern on my agent's end regarding my health," Montgomery said of his swingman role. "That's his job. But I'm also someone that wants to pitch and wants to start. I don't regret saying that, but I'll do whatever the team asks."

If he keeps it up, it's hard to envision Montgomery returning to the bullpen -- though that's exactly where he'll go once Darvish is healthy, according to Maddon. But with the way Darvish's season has gone, combined with Tyler Chatwood's walk-filled start to 2018, the possibility that a long-term spot opens up certainly isn't out of the question.