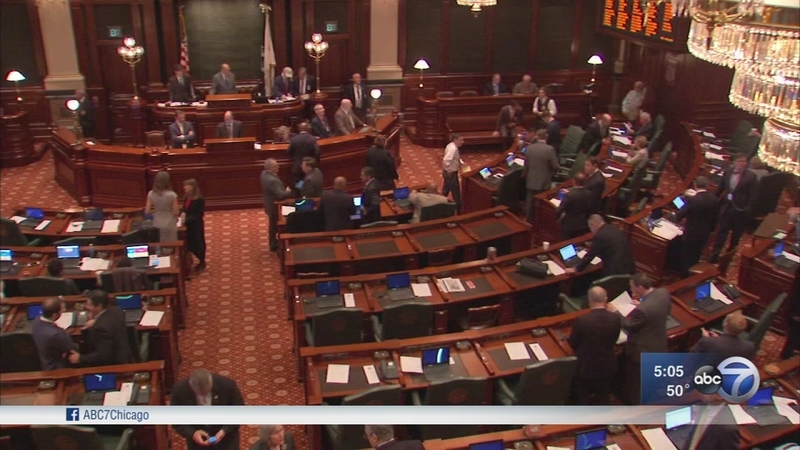 CHICAGO (WLS) -- After allegations of widespread sexual harassment in Springfield surfaced over the past few weeks, legislative leaders were considering several possible candidates for the legislative inspector general position Thursday. They plan to make a decision as soon as next week

"We need independent counsel to address complaints that are brought forward," said Republican Sen. Karen McConnaughay, a member of the ethics commission.

McConnaughay said that's the only way to restore integrity to the process of investigating complaints of sexual harassment or other ethical violations in Springfield.

McConnaughay's concerns arose after hearing testimony Tuesday from a woman who filed a complaint last year against Sen. Ira Silverstein, accusing him of sexual harassment. She then learned of 26 other complaints that have languished in a binder without any investigation because the state has not had an inspector general for two years.

"Think about the people who have filed a complaint and have heard nothing, not even acknowledgement that their complaint has been received," she said. "The injustice that has been done to anybody who was brave enough to bring a complaint forward in the first place."

By statute, most complaints cannot be investigated if more than a year has passed since the alleged incident.

Sen. Terry Link, the ethics commission chairman, said he does not believe there needs to be an independent agency to handle complaints, but he does see an urgency to address the culture of sexual harassment.

"I would like something done, I'm all in favor of this movement of having this done, but it also should be done in a situation where we're not hanging somebody before they're fully investigated," said Link.

"We owe it to those people to do something about this, we owe it to the people of the state of Illinois who have lost all trust in our ability to act responsibly," said McConnaughay.

Sen. President John Cullerton said he hopes to have an interim inspector general in place as soon as next week. That person would have to be confirmed by a three-fifths vote by the House and Senate.