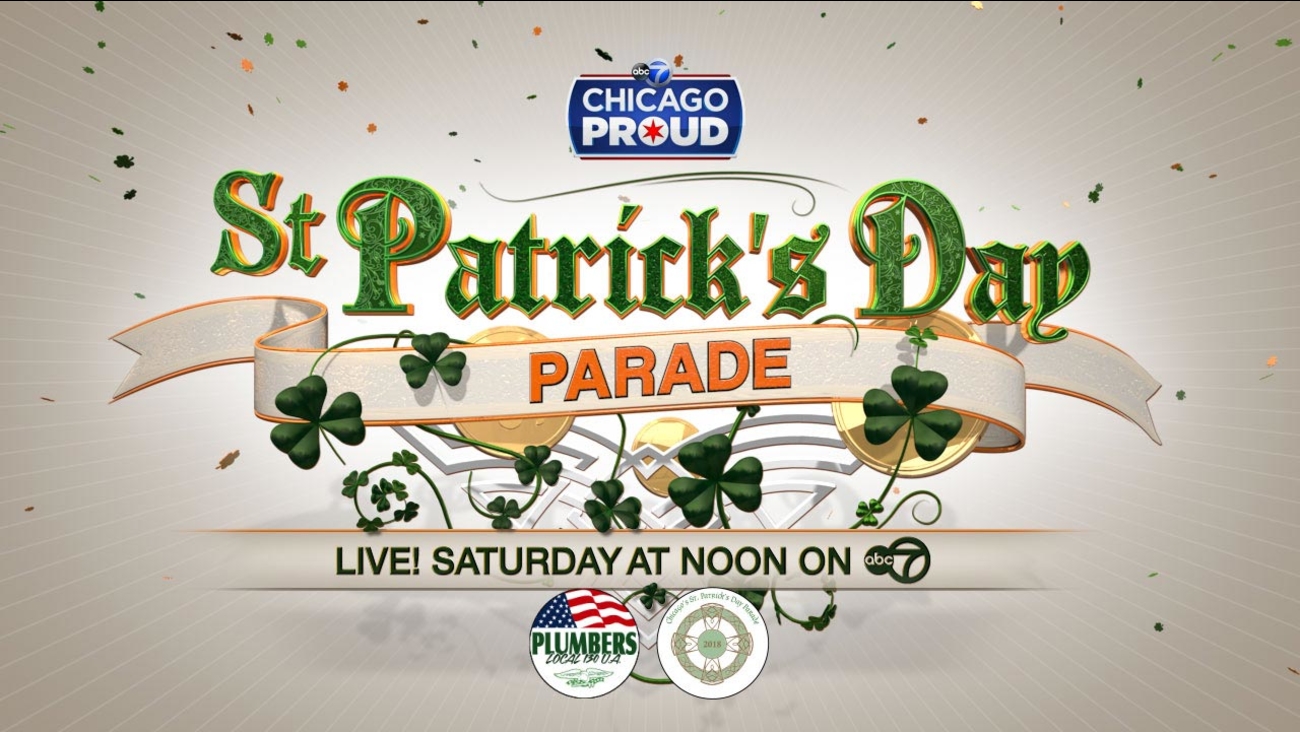 CHICAGO (WLS) -- Everyone's Irish on St. Patrick's Day -- and ABC 7 Chicago kicked off this grand Chicago tradition with a 2-hour parade special. The 35th annual LIVE broadcast of the St. Patrick's Day Parade aired on ABC 7's main channel as well as ABC's 7.2, and ABC7Chicago.com and the free News App from Noon to 2 PM on Saturday, March 17. An encore broadcast of the parade will air Sunday, March 18 from 12:30-2:00 PM on ABC 7.

ABC 7 Eyewitness News Reporter Janet Davies, ABC 7 Meteorologist, Larry Mowry and Midwest Director of the American Ireland Fund, Roseann Finnegan LeFevour, teamed up to host the coverage of bagpipers, Irish Step dancers, floats, marching bands and marching politicians that make this one of the most celebrated events in Chicago each year. ABC 7's Liz Nagy reported from the street on all the excitement and pageantry.
EMBED More News Videos

Once again this year, ABC 7 Chicago's float was a big attraction. Members of the ABC 7 Eyewitness team including Mark Rivera, Mark Giangreco, Stacey Baca, Tracy Butler and Eric Horng were scheduled to be part of the St. Patrick's Day Parade tradition.

The 2018 St. Patrick's Day Parade Grand Marshal was Alderman Pat O'Connor. O'Connor has represented the 40th ward for over 30 years since elected in 1983. He was born in Chicago and graduated from Loyola University and Loyola University of Chicago School of Law.
EMBED More News Videos

Thousands of marchers and bands, horses, and a few leprechauns were featured as the parade proceeded from Balbo Drive, north on Columbus Drive to Monroe Street.
EMBED More News Videos

Always a must-see in the parade, the Shannon Rovers bagpipers brought a touch of Ireland to Chicago as they have for the past 92 years.
EMBED More News Videos

Mary Kate Manion, originally from Elmhurst, was crowned the 2018 St. Patrick's Day Parade Queen. She is a graduate of St. Norbert College and now works for the City of Chicago. She is honored to represent her city and encourages others to "appreciate where you come from and your Irish heritage."
EMBED More News Videos