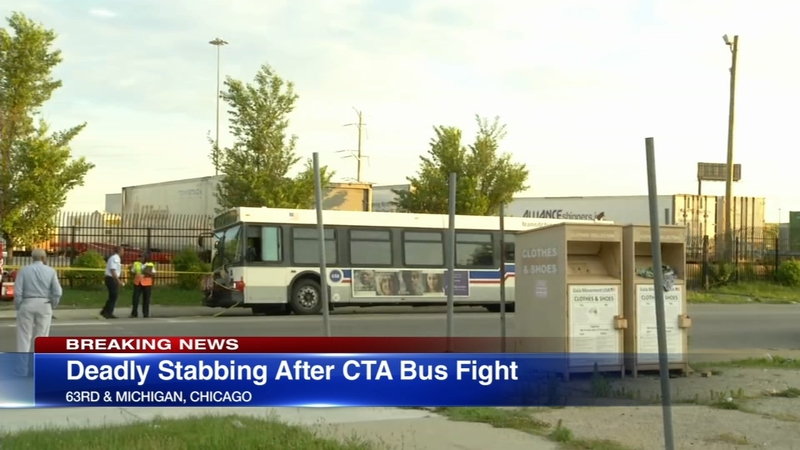 CHICAGO (WLS) -- Chicago police said two people were stabbed, one of them fatally, in an incident that began on a CTA bus in the city's Washington Park neighborhood Monday night.

Police said a 37-year-old man and a woman of unknown age were arguing on the bus in the 0-100 block of East 63rd Street when the woman pulled out a knife and stabbed the man in his upper right shoulder.

The man fled the bus and the woman followed, police said. A struggle ensued and then the man was able to take the knife from the woman and began stabbing her, according to police.