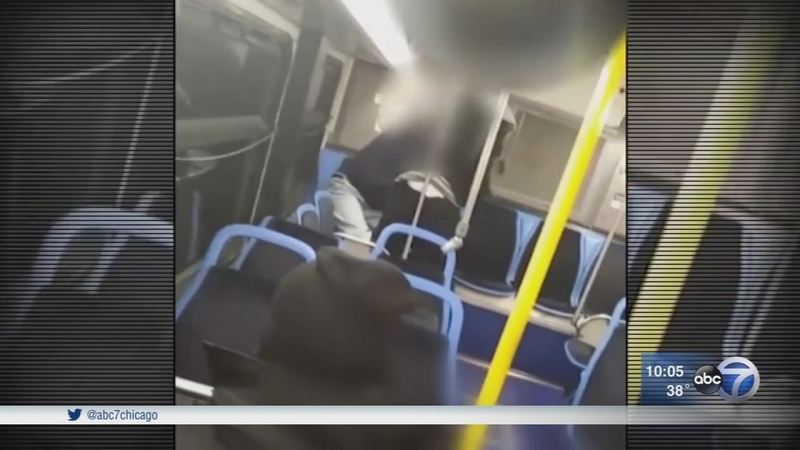 CHICAGO (WLS) -- A man was stabbed multiple times in an altercation on a CTA bus Thursday night, Chicago police said.

The fight happened at about 6 p.m. near West 63rd Street and South Harvard Avenue in the city's Englewood neighborhood.

Cellphone video taken by a CTA passenger and sent to the ABC7 I-Team shows the fight between a 37-year-old and 50-year-old man. The men are visible in the back of the bus, struggling with one another as other passengers stand back and watch.

The 50-year-old victim was stabbed several times in the head, leg, arm and back. He was taken to Stroger Hospital in serious condition.

CTA riders said the transit agency needs to do more to keep other passengers safe.

"It's scary out here, there's so much going on. There's a lot going on. It's not safe to be walking or standing right here," said Domonique Hall, CTA rider.

The CTA told ABC7 in a statement that bus operators are trained to handle emergency situations like there, and "... in this incident, the operator immediately notified our Control Center, which alerted Chicago Fire and Chicago Police."

"You think you're safely (sic), but you're not. Getting on and off. It's sad, really sad," said Shirley Alrich, CTA rider.