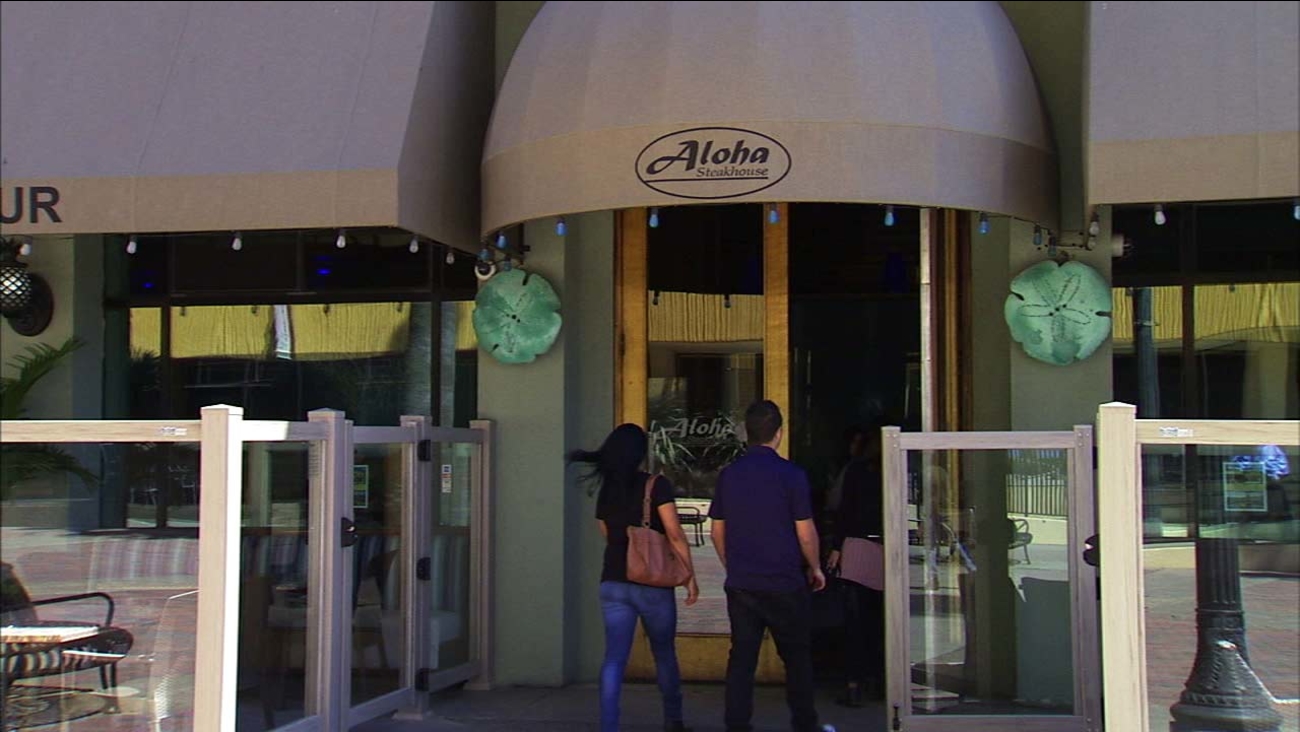 VENTURA, Calif. -- A man was stabbed in the neck while holding his young daughter on his lap while dining at a restaurant on the Ventura Promenade.

Ventura police received multiple calls around 9:20 p.m. Wednesday about a stabbing at the Aloha Steakhouse at 364 S. California St.

Police said the victim and his wife were having dinner along with their 5-year-old daughter at the time of the attack, which appeared to be unprovoked.

Investigators said there was no altercation or contact prior to the attack, and the victim and suspect did not appear to know each other.

When officers arrived at the scene, they found a group of good Samaritans standing along the Ventura Promenade who had chased the suspect from the crime scene onto the beach, investigators said.

Officers tracked down the suspect and ordered him to the ground. He complied and was detained on suspicion of attempted homicide.

Police identified the suspect as 49-year-old Jamal Jackson, describing him as a local vagrant.

While Jackson was being taken into custody, other responding officers found the victim at the crime scene, suffering from a life-threatening stab wound to the neck. The officers rendered first aid to the man until medical responders arrived on scene.

The victim was transported to a local hospital to be taken immediately into surgery. Following surgery, the victim was listed to be in critical condition.

The manager of the Ventura restaurant said the victim's family called to thank them and the good Samaritans who took action during the stabbing.

A motive in the stabbing was not immediately known, police said.