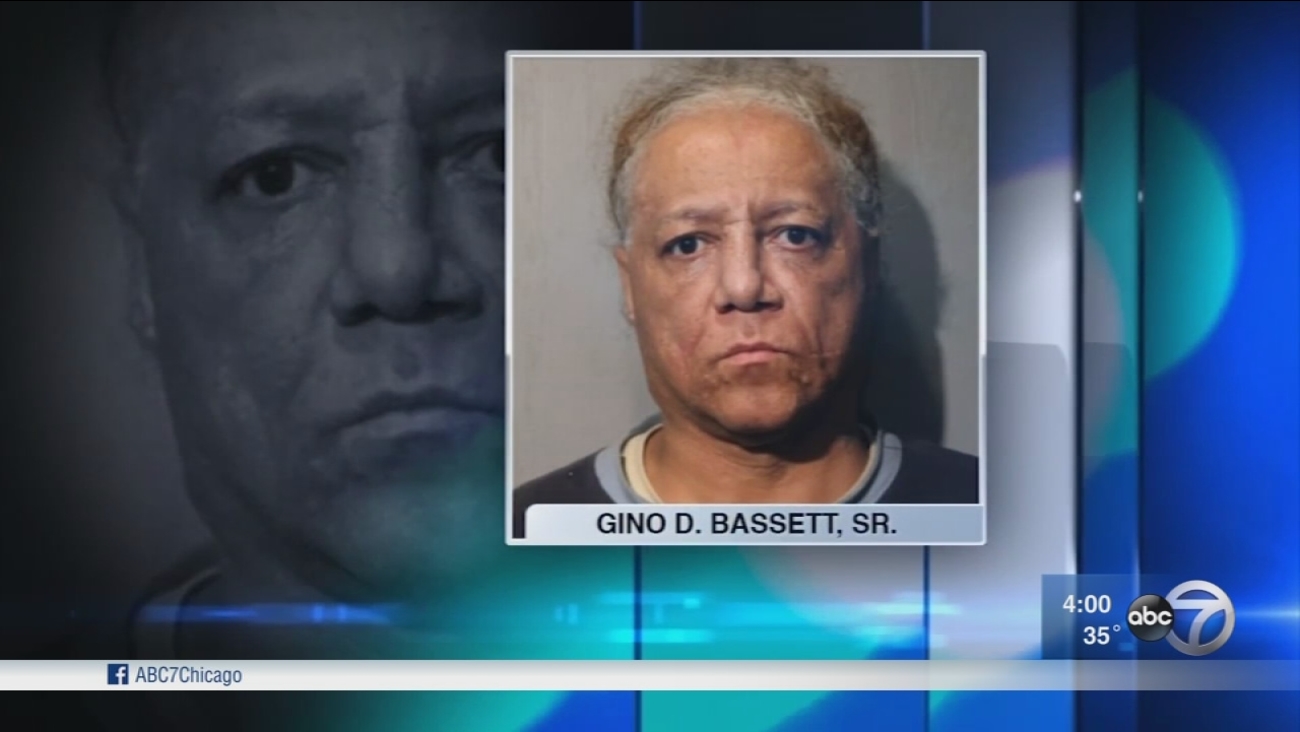 A 56-year-old man has been charged in the fatal stabbing of a suburban CEO in River North last month. (WLS)

CHICAGO (WLS) -- The 56-year-old man who was charged in the fatal stabbing of a suburban CEO in River North had 97 previous arrests, according to officials.

According to a bond court proffer for Gino Bassett, Sr., Bassett had previously served jail time or been on probation for crimes including burglary, theft, armed robbery, and battery.

Bassett has been diagnosed with schizophrenia, according to prosecutors.

According to police, Bassett stabbed Mike Beedle, a father of six from Park Ridge, in the early morning hours of March 23 in an alley at State and Hubbard streets.