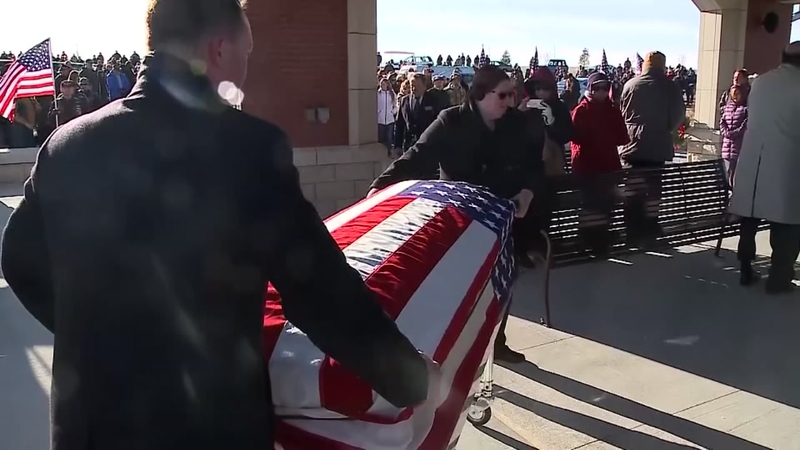 OMAHA, Nebraska -- On Tuesday, hundreds of people braved chilly temperatures in Omaha, Nebraska, to pay their respects to Vietnam veteran Stanley Stoltz, who passed away in hospice care Nov. 18.

Most of them had never met Stoltz. But they had seen his funeral notice in the Omaha World Herald, which was posted by the Good Shepherd Funeral Home.

It said the 73-year-old war hero was believed to have no known living family members, and invited the public to his burial.

"The Public is invited to the Cemetery to honor a Vietnam Veteran with no known family. Interment will be in Omaha National Cemetery on Tuesday, November 27, at 2 p.m.," the message read.

"I closed up shop. I said I'm gonna head to Omaha and bury my brother," Mike Nash said to KETV. Nash spent 23 years in the military and called it a family like no other.

"I didn't know who this guy was but you know what, he gave up his freedom when he joined the military, for that short time in Vietnam, for our freedom," Nash said.

Others were brought to tears knowing Stoltz was surrounded by so much love and support during the funeral.

"I just think it's amazing how many people came out today to support this man who left this world not knowing that anybody was there to support him. And there's so many people here to support him, in freezing weather, just to show that someone cares no matter who you are," Chelsea Bumann, who drove from Bellevue, said.

After Stoltz's death, some family members came forward. Among them, Stoltz's brother, who attended the service and who was grateful for the support.

"We weren't expecting this outpouring of love and affection for one of our veterans," said Chaplain Roy Edwards. "We know we're a veteran-friendly community, but you guys have really risen above this time."

Stanley Stoltz grew-up in Emmetsburg, Iowa. His ex-wife said that after his military service, he was haunted by the war, and dragged down by substance abuse.