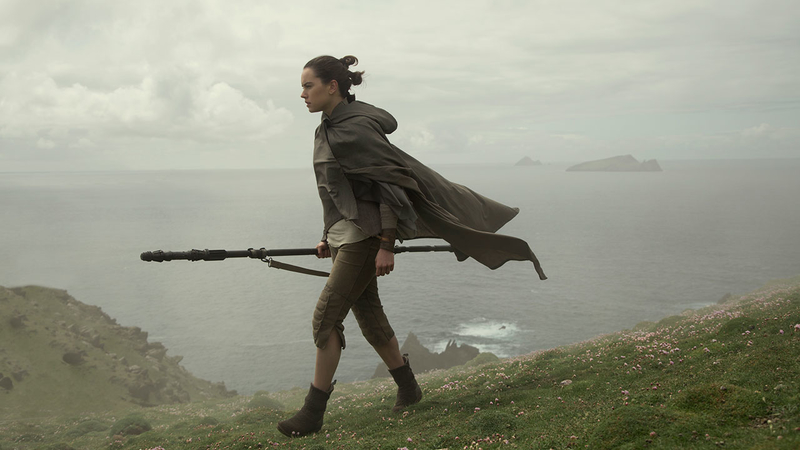 ANAHEIM, Calif. -- Red-themed promotional posters and a behind-the-scenes video for "Star Wars: The Last Jedi" surprised a crowd of fans during the D23 Expo panel Saturday.

The crowd went wild when they became the first people to see the footage, which featured new creatures and the cast creating the world of "Star Wars."

Go behind the scenes of Star Wars: #TheLastJedi. In theaters December 15. pic.twitter.com/5hFtptIrmJ

Director and writer Rian Johnson said there are many new elements people will enjoy in the highly anticipated movie.

"There's new creatures, there's new planets. There's cool new stuff. For me though, the thing I'm most excited for people to discover are the new characters," he said.

One of those new characters is Vice Admiral Holdo, played by Laura Dern. Other "Star Wars" newcomers are Kelly Marie Tran, who plays Resistance mechanic Rose and Benicio del Toro, whose character was not revealed.

"What I love about this new Star Wars film is we do really delve into the relationships," she said.

Mark Hamill is also back as Luke Skywalker.

"After some resistance, I came to realize how unique this film is and how special Rian Johnson is and I'm so lucky to have worked with him," he said.

In addition to the release of behind the scenes footage, new character posters were also debuted.