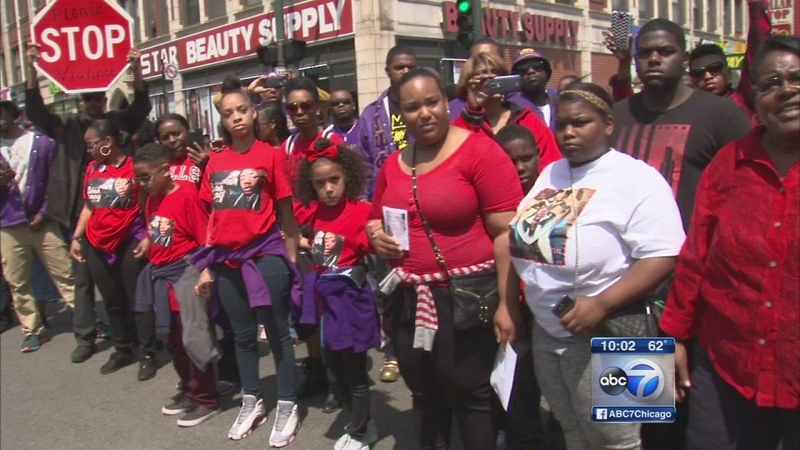 CHICAGO (WLS) -- An anti-gun violence event on the South Side on Saturday punctuated outrage in the community after an innocent woman was killed a day before when she was struck by gang crossfire while leaving a Starbucks in Bronzeville.