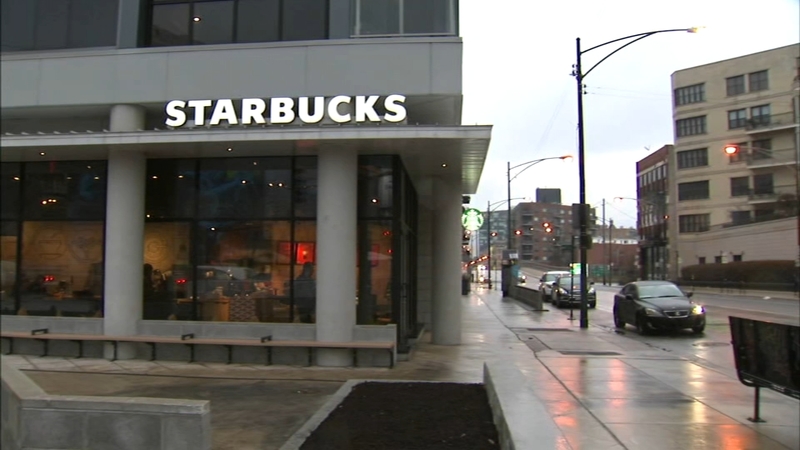 CHICAGO (WLS) -- Chicago police said they are investigating at least three incidents in which customers had their phones and other personal belongings stolen inside different Starbucks locations in the city Monday.

One of the victims told ABC7 Eyewitness News he was seated at a table the Starbucks at 40 North Clinton Street in the West Loop at about 1:30 p.m. with his phone resting on a book. He said a man in his late teens or early twenties grabbed the phone and ran. Another customer attempted to stop him before he could leave.

The victim said he followed the thief and saw him jump into an Acura sedan. He managed to get a license plate, but it turned out the car was stolen.

Police said similar thefts were reported around the same time at least two other Starbucks locations; the stores at Grand and Milwaukee in West Town and at Desplaines and Kinzie in the Fulton River District.

There have been a rash of thefts at restaurants in Chicago, but there are ways to protect yourself.

The thefts all occurred one after another, perhaps all within an hour. The early-afternoon crime wave left Starbucks customers shaking their heads.

"I think it's despicable that people would go to that extent, to show up at a Starbucks just to take someone else's phone," said Elias Haddad, Starbucks customer. "It's wrong."

"It's sad, it's sad," said customer Scott Larson. "You go to a place where you want to read or do work, and unfortunately you have to stay vigilant, even when you just want to relax."

Monday's thefts are possibly connected to another incident last week in which Stefani Coslow said her phone was stolen right out of her hand at a Lincoln Park Starbucks.

"Phone was in my left hand, like an egg sandwich in my right hand, and he just pulled my phone right out of my hand," she said. "And he ran. I don't even remember really getting up. But I ran. I chased after him."