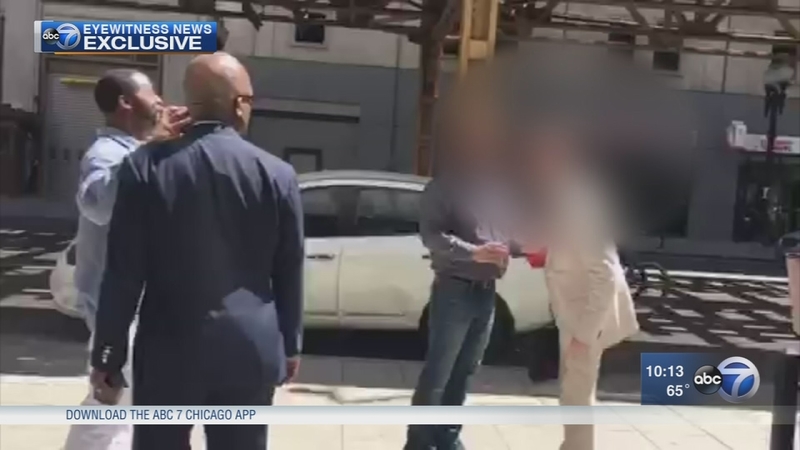 CHICAGO (WLS) -- A racially-charged incident in Chicago's Loop spilled out of a Starbucks and onto the street Tuesday. A man was arrested in the incident, which ended with a punch thrown and a man sent to the hospital.

Torres works at the Starbucks on Lake Street where the incident happened. Police said the man in the light-colored suit in the video became enraged after he had coffee spilled on him.

As the man starts to leave, he's approached by what appears to be a homeless man. He throws a single punch and sends him to the ground. Witnesses tackled the man and held him down until help arrives.