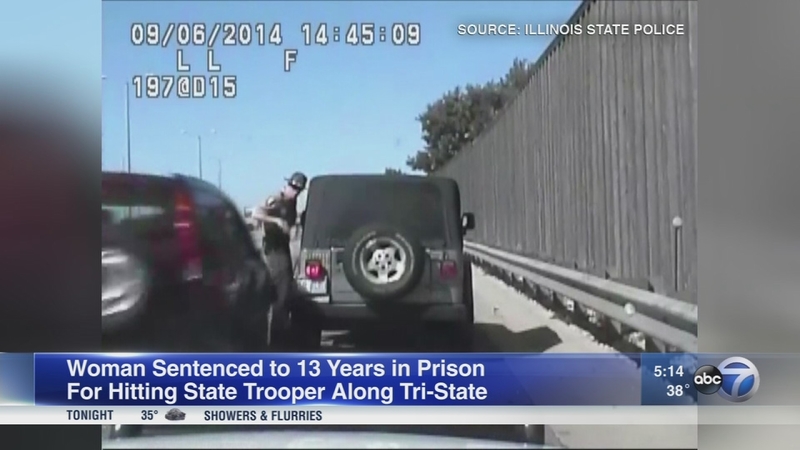 A suburban woman will serve 13 years in jail for hitting and critically injuring a state trooper while driving under the influence.