Chicago statues can now tell their stories - with celebrities' help 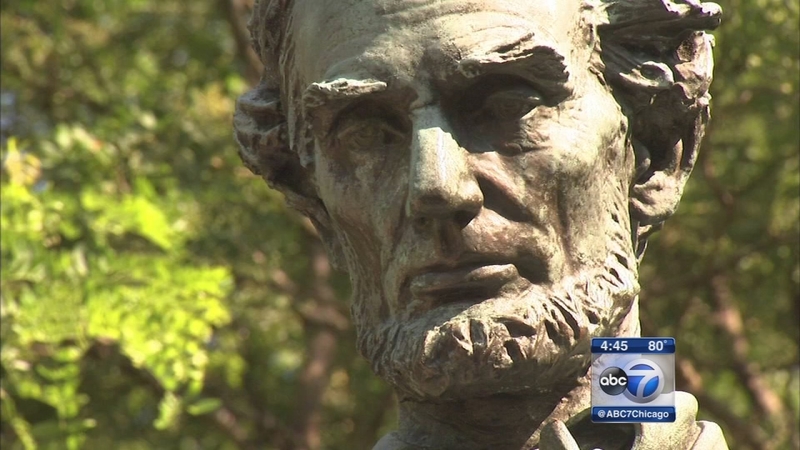 Chicago statues can now tell their own stories

CHICAGO (WLS) -- "Statue Stories Chicago" is an intriguing way to learn about art all over the city and get a call from some famous people at the same time.

If "Man With Fish" at the Shedd Aquarium could talk, he'd sound just like Steve Carell.

"You really have to amuse yourself when you've been holding a fish in a cold city like this for many years," Steve Carell's voice says.

"I loom above you forever facing the city of Chicago which occupied so fateful a place in my life," John C. Reilly says as Abraham Lincoln.

This idea began in Britain. Chicago is the first U.S. city to get "Statue Stories."

"We worked with The Second City and Steppenwolf and Looking Glass and The Goodman to create an extraordinary cast of characters for all of these statues," said Collette Hiller, Statue Stories creator.

"The fact that you can couple that with the history of the piece you're watching," actress Amy Morton said.

"I am the Picasso statue, nobody who sees it for the first time knows what it is," actress Deanna Dunagan said.

Here's how the interactive process works: you use your phone to scan an icon or enter a web address. When your phone rings, you tap to answer and the statue speaks to you!

At the east end of Navy Pier is the only statue who speaks for himself: Bob Newhart.

"I suppose some folks call me 'The Bean' because of my handsome bean-like shape, like a giant metallic lima or red jelly bean. Except not at all like that, because I am not a bean. I am Cloud Gate," actor David Schwimmer says.

"Statue Stories" will speak for a full year in Chicago.