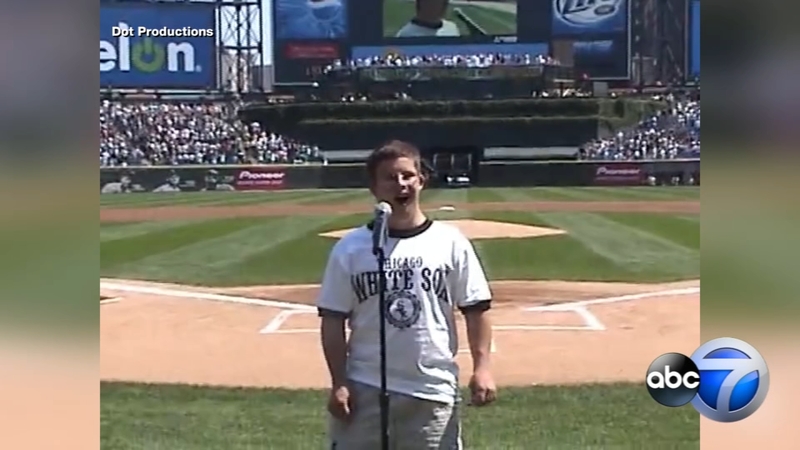 "I have a proposition for you," said Xidas in a video message while decked out in Cubs gear.

He's asking owner Tom Ricketts to let him sing the national anthem at Wrigley Field before a Cubs game.

"I'm a Cubs fan and if Tom, you could just see how much I love the Cubs that maybe something would come of it," explained Xidas in a Skype interview with ABC 7.

Like any savvy businessman, Xidas is offering something in return: a promise to raise $5,000 for the Special Olympics. The 30-year-old, who has Down syndrome, competes in the games' tennis events and is grateful for what the organization has done for people with disabilities.

Dozens have already joined Xidas's cause. He's soaring past the original goal with nearly $9,000 raised in less than a week on his GoFundMe page.

In an email to ABC 7 Monday, Cubs Vice President of Communications Julian Green said "We are aware of Stefan Xidas' GoFundMe campaign to raise funds for Special Olympics and are exploring opportunities to support his cause."

You might wonder if Xidas is up to the challenge of singing the Star Spangled Banner in front of thousands at the Friendly Confines. Well rest assured, because he's done this on a similar stage: belting the anthem at a White Sox game in 2005, the same year they won the world series. Back then, he was just 17-years-old.