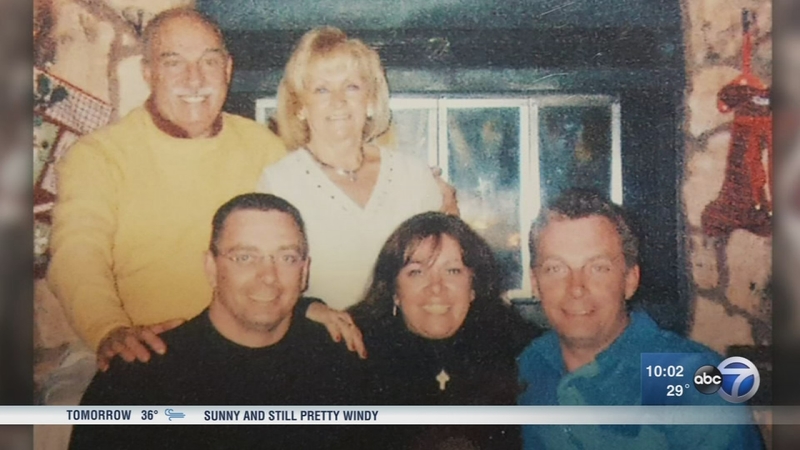 BOLINGBROOK, Ill. (WLS) -- A southwest suburban Bolingbrook police officer, his parents, who lived in Oak Lawn, and his brother died in a car crash in Ireland Monday.

Debbie Ceglarek is now the sole surviving member of the Alexander family.

According to friends, the family was on their way to a relative's wake when their rental vehicle collided with a truck on Ireland's N25 highway.

The Irish Times reported that investigators believe the driver of the family's car may have been trying to make a U-turn when the truck struck the side of the car.

"It's a sad day on the street and in this neighborhood," said Ignacio Perez, neighbor.

Doug Sr. and wife Lily Alexander were beloved in their Oak Lawn neighborhood. Neighbors said she had just put up her Christmas decorations.

"When we had losses in our family she was the first one at our door with coffee and doughnuts and prayers and anything she could do to help us," said family friend Jennifer Smith.

Smith had known the family since she was a child.

"It was just heartbreaking, they're the most amazing people," she said.

Officer Alexander leaves behind two daughters, ages 11 and 10. He was a 17-year veteran with the Bolingbrook Police Department. His sister said he loved being involved with his community, volunteering for several organizations.

Doug Jr. was a talented musician who played in a band called Network for the past 20 years. Kent Kaled was one of his bandmates and a close friend of the family's.

"We'd always have fun on stage, we would try to make each other laugh and make fun of the other guys while we were playing. It was always just a joy to do it," he said.

He said Doug Jr. was a devoted husband and father.

"I don't know how they're going to be able to cope with this, it's just too much for all of us," Kaled said.