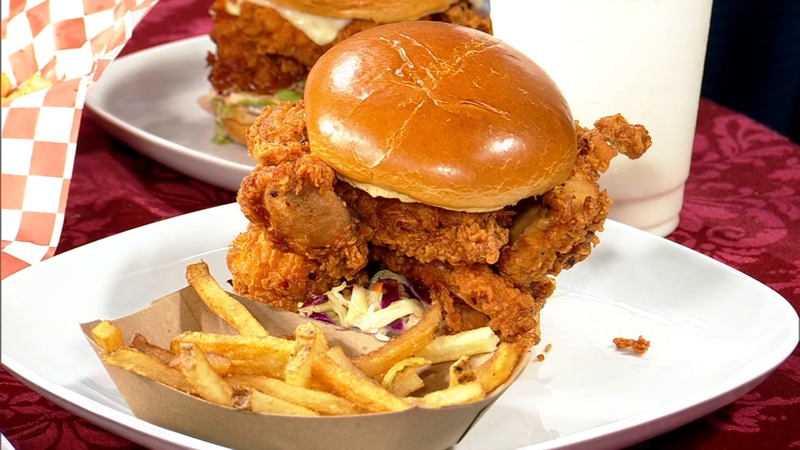 CHICAGO (WLS) -- The dining in options in and around Humboldt Park continue to evolve. For every new Puerto Rican rice and beans option, there is a new wine bar, soda fountain or, in the case of the Hungry Hound's latest discovery, a diner theme pulled from the 1960s.

The menu is simple: burgers, fries, chicken sandwiches and shakes. But each one is made with great care, and he says those flavors will bring back memories for diners of a certain age.

The owners of Lucy's got their start making pierogies -- they're Polish, after all. But they soon realized that a food truck with only pierogi was limiting.

"We started with pierogis. That's the fresh food truck that we opened four or five years ago. That's how we started and kept reinvesting and growing and this is where we are right now," said owner Damian Warzecha.

So they got in touch with a taste of Americana, specifically the diner food of the 1960s, including a nod to the American South, where fried chicken sandwiches rule.

It's clear the kitchen is committed to fresh, when you see a guy just going gonzo on a crate of Russett potatoes, turning them into freshly-cut fries within minutes. That's the approach at Lucy's, located just a few blocks east of Humboldt Park.

You can't have fries without a burger, and here, the standard order is a double-stack, pressed thin and layered onto toasted buns with mayo, chopped onions and cheese. You don't have to get fries with it, but you should.

"We chose to go for a smaller, thinner fry. They're crispier, they cook faster, they're tastier, better overall," said Warzecha.

The same effort goes into their chicken sandwich. Here, large thighs are marinated in their secret sauce, then coated in seasoned flour.

"Then it goes to spiced flour, so we spice again, it's more like a dry rub. We mix the flour with spices," he said.

Fried until golden brown and crispy, they are jagged, with plenty of nooks and crannies. The standard order comes with a base of freshly-made coleslaw and pickles, followed by the chicken, then a slice of cheese, again, sandwiched between brioche buns.

They also make fine shakes from their soft serve machine, and don't think that it's only burgers and chicken. They've been expanding the menu slowly.

"We have a veggie burger, we have a breakfast burger with an egg. We have a barbequed pork, we smoke our own pork shoulder in-house," said Warzecha.