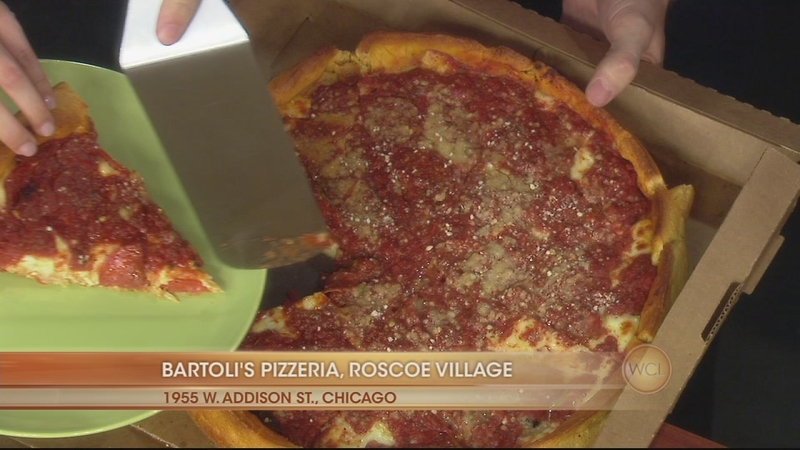 CHICAGO -- We're having a pizza party! ABC7's Hungry Hound Steve Dolinsky set out on a search for the best pizza in Chicago and the surrounding suburbs in the ultimate "Pizza Quest." He tried 76 different pizza places -- and only gained one pound (not fair!).

Now, Steve is back and ready to dish on his favorites. He's showing us some deep dish and thin crust pizzas that made his top 5 list. You'll have to watch ABC7 Chicago Eyewitness News this weeken to find out who takes the number one slot!

Here are all of the pizzas featured on Windy City LIVE's show (in order of appearance, not ranking):