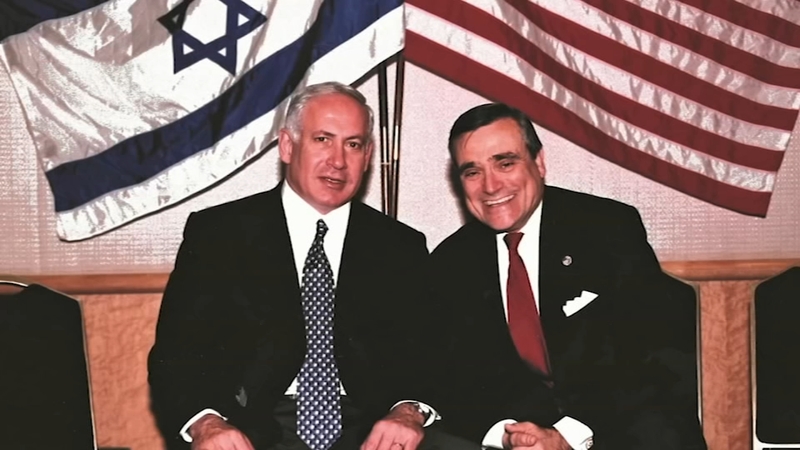 CHICAGO (WLS) -- The head of the Jewish United Fund and Jewish Federation of Metropolitan Chicago will be honored Wednesday as a man who has spent his life as a champion for change.

His philanthropic work and commitment to the community is making Chicago proud.

Dr. Steven Nasatir took a walk down memory lane as he prepares to step down as the President of the Jewish United Fund and Jewish Federation of Metropolitan Chicago.

For Nasatir, his decades of advocacy work in helping Jews leave the Soviet Union stand out to him as moments he'll always remember during his time of service.

"We had an opportunity on the Mall in Washington in 1987 - 300,000 come to protest, let my people go - and then the doors opened. It was our responsibility to resettle them in Israel and resettle them, more than 30,000 here in Chicago," Nasatir said.

Nasatir is known for working across party lines with former presidents and partnering with foreign leaders and dignitaries. But his efforts to raise $8 billion for philanthropic and humanitarian efforts over the years is unmatched.

"It's much too big for just one or two or three people. This is a really large team effort, in order to be successful," Nasatir said. "I think Chicago is the greatest city in world and I think it's wonderful to have a small part in continuing that Chicago story."

He's long fought hard against antisemitism. As he prepares to move to a new role, he calls for unity across our country.

"I think the best path to change is unity and people coming together," Nasatir said. "Understand where the other is coming from and doing this together."