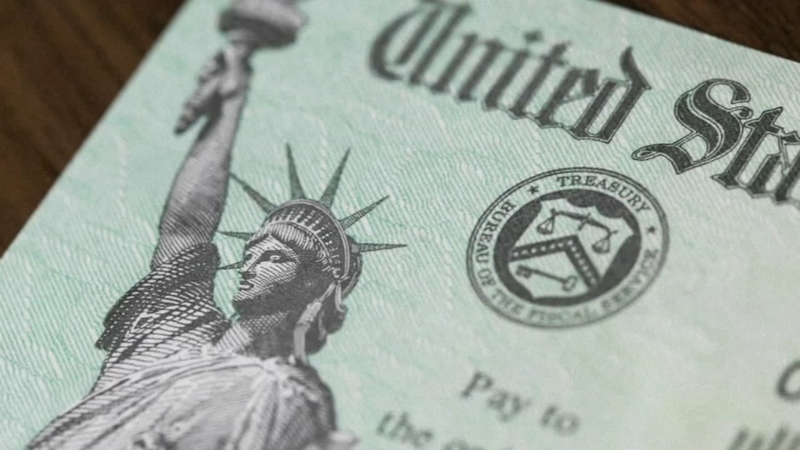 CHICAGO (WLS) -- Dozens have reached out to the ABC7 I-Team, saying their second stimulus payment went to the wrong bank account.

Those who reached out are all H&R Block customers.

They said they were expecting to receive the second payment in their bank account, but the money has apparently gone somewhere else.

Linda Murphy said she needs this second stimulus payment more than anyone would know.

Murphy and her grandson were expecting a total of $1,200, but the Irving Park woman said when she checked the status on the IRS website, she didn't recognize the bank account.

She said she called her bank and was told they didn't recognize the account either.

Kathy Peters of Hammond said she also checked the status of her stimulus payment online.

She said it went to a bank account, but one she's never seen or heard of. She thought she'd been hacked.

Both women said they filed their taxes with H&R Block, and can't figure out where their payments from the government went.

H&R Block recently issued an alert on its social media pages, saying "The IRS Get My Payment website may display an account number you don't recognize. If you took a Refund Transfer, it may be reflecting that account number. Check your 2019 return to confirm. But don't worry - we have sent these payments on to the method you chose for Refund Transfer: direct deposit, check or Emerald Card. The money should be there by the end of the day."

In a statement to the I-Team H&R Block said in part, "H&R Block understands stimulus checks are vitally important for millions of Americans. The IRS determines where second stimulus payments were sent, and in some cases, money was sent to a different account than the first stimulus payment last spring."

The company's message gave these women a bit of relief, but they said they won't be fully calm until the money reaches their bank accounts.

"Very anxious because my husband's been out of work for almost a year now since the pandemic started," Murphy said. "In spite of everything that's going on, do right by us. Please, please!"

After ABC 7 Chicago reached out, both women said their stimulus payments arrived in their bank accounts from H&R Block by the end of the day.

H&R Block said their agents are ready to help clients who don't recognize the bank account associated with their stimulus payments.