Stimulus update: Where the COVID relief bill stands in Congress, what's next

What's riding on this negotiation is the $1,400 stimulus checks as well as that extra federal unemployment money.
CNNWire
By Analysis by Zachary B. Wolf, CNN 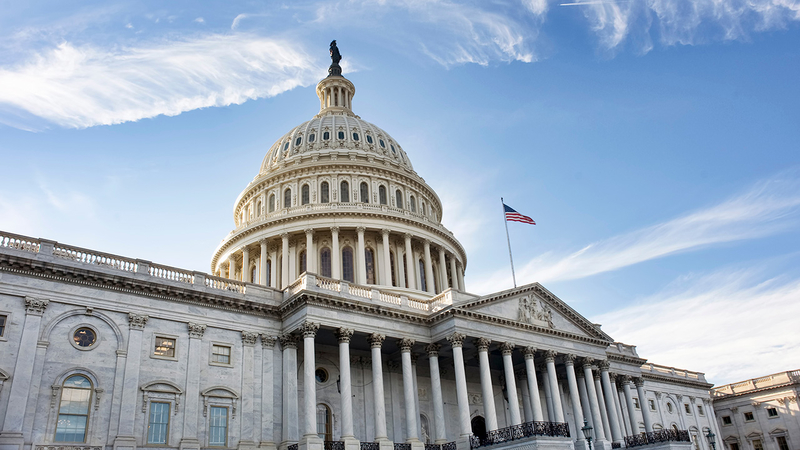 WASHINGTON -- The major order of business for President Joe Biden and Congress is to pass a $1.9 trillion COVID relief package before the round of unemployment benefits and other aid approved in December lapse, again leaving millions of Americans short of help.

What's riding on this negotiation is the $1,400 stimulus checks proposed by Biden even before he took office, as well as that extra federal unemployment money. Democrats have said they will get a bill signed by mid-March.

Three key things to know about the legislation proposed by House Democrats:

But getting the proposal -- proposals, really, since there will be different versions between the House, Senate and White House that must be reconciled -- passed into law will test Biden's calls for unity.

Work on the plan so far has made clear not just that most Republicans have little appetite for cooperating with the Democrats who are now in charge, but also that Democrats -- whose control of Senate rests with Vice President Kamala Harris' tiebreaking vote -- aren't totally unified among themselves.

Continue below to find out what we know right now about where the bill is at and where it's going.

Is there a deadline for this thing to pass?

Sort of. Current expanded unemployment benefits run out March 14. That's the date by which Democrats have said they must have the COVID relief bill passed into law.

There are different proposals for extending these benefits. In the House, Democrats have proposed extending by an additional 24 weeks two separate programs -- one for part-time and gig workers and the other for people in more traditional state-run unemployment programs.

What are the next steps?

The House version is expected to get a vote as soon as Friday. Then it will be up to the Senate, which is using the arcane budget reconciliation process. Whatever version the Senate approves would also have to pass through the House.

How many people could lose expanded unemployment benefits in March?

The two unemployment programs were created nearly a year ago by the CARES Act, which Congress passed in March 2020 and extended in December. More than a third of Americans reported their household has had trouble covering expenses during the pandemic, according to a survey conducted by the Census.

President Biden sits down with Senate Democrats as they chart a path for multiple administration priorities, especially COVID-19 relief.

Can this bill pass by mid-March?

"We are on track to get this bill done and get it on the President's desk before the expiration of the enhanced unemployment benefits, which is March 14," Senate Majority Leader Chuck Schumer said Wednesday.

Will any Republicans join in?

It doesn't look like it. Senate Minority Leader Mitch McConnell said Wednesday that Republicans had visited the White House to ask for a smaller and "more targeted" bill. But Democrats and Biden weren't interested, he said.

"They're going to try to muscle this through on a totally partisan basis," McConnell told reporters Wednesday.

How can Democrats pass the bill without any help from Republicans?

This is where things get tricky in the Senate. Democrats plan to use a process known as "budget reconciliation," which, ironically, was developed to keep the federal budget in check. But it also provides Democrats the only way around Senate rules and pass things by only a simple majority, which in this case would only require a party-line vote with all Democrats on board.

What are the main sticking points for Republicans?

Republicans have groused about the size of the stimulus package and some of the specific measures, like the size of stimulus checks for certain groups. Republicans want much smaller checks, if any at all.

There have also been criticisms of funding to public transportation authorities hurting because of the pandemic.

What are the main sticking points for Democrats?

The most notable disagreement, however, has been among Democrats about whether to include the permanent change to the minimum wage. The Senate parliamentarian, however, has determined that the wage hike would require a supermajority vote under budget rules -- more than Democrats can muster. All Democrats in the Senate must sign on to the bill for it to pass, however.

With the minimum wage is stripped, the question then becomes whether House Democrats, like New York Rep. Alexandria Ocasio-Cortez, can support something that doesn't deliver on one of their major goals.

President Joe Biden is working this week to shift attention back to his ambitious agenda, with COVID-19 and his $2 trillion relief package taking center stage.

Republican Sens. Mitt Romney and Tom Cotton have suggested a $10 federal wage, but Democrats say that's too small and they also want to make the wage increase automatically with the cost of living.

This drama will unfold over the next two weeks as Democrats work to find a way to pass the bill before March 14.