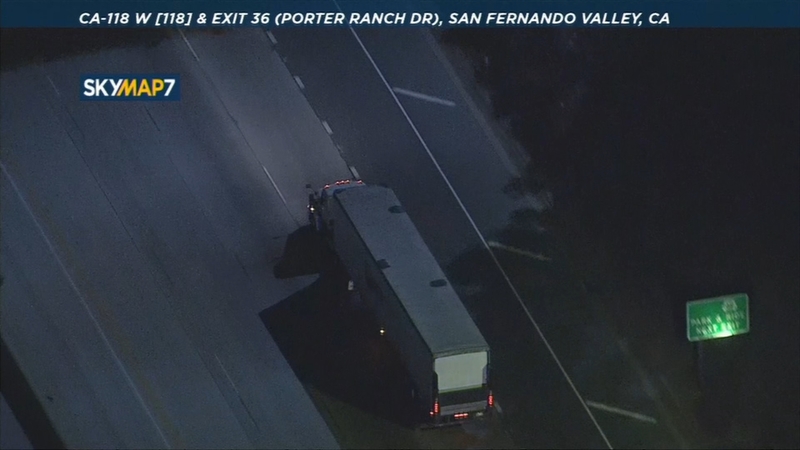 LOS ANGELES -- California Highway Patrol officers in Southern California ended up in a standoff with the driver of a stolen big rig after an hours-long chase that led them through Los Angeles and Ventura counties.

The 18-wheeler was reported stolen just after 8 pm on Wednesday. A logo of the Individual FoodService Company was painted on the side of the truck.

When officers caught up to the vehicle, the driver refused to pull over. They chased the vehicle north on Interstate 5 through the San Fernando Valley and then west onto Highway 118 into Simi Valley.

The driver drove just under the highway speed limit, around 50-60 mph, through much of the freeway chase.

By the time the big rig entered the Thousand Oaks area, a successful spike strip attempt took out at least two of the vehicle's tires. At least nine spike strips were deployed during the chase, but the suspect kept driving despite several of the big rig's tires being completely shredded.

On Thursday morning, the big rig stopped on Highway 55 in Santa Ana where the driver refused to get out.