1-year-old safe after car stolen on South Side 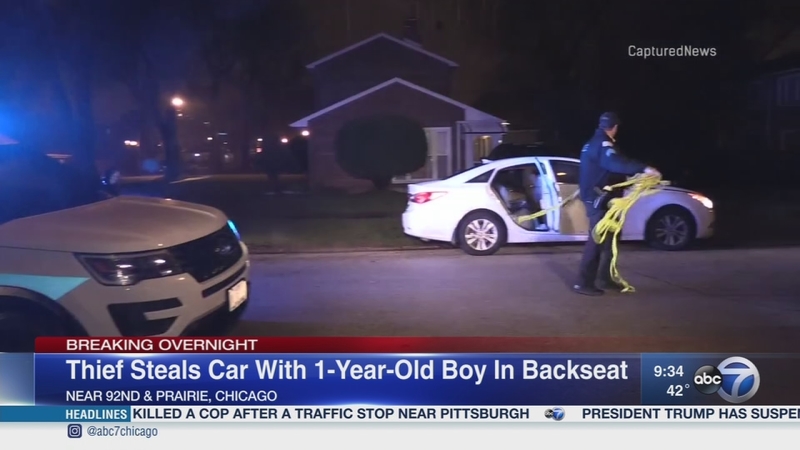 Boy, 1, safe after car stolen on South Side

CHICAGO (WLS) -- A 1-year-old boy is safe after a car was stolen on the South Side Saturday morning, Chicago police said.

The suspect abandoned the car and the kid after a short while in the latest in a string of car thefts over the last week.

A mom drove out to the South Side to help a friend who just got into a bad car accident, police said. At about 1:30 a.m., the mom with her 1-year-old in the back seat pulled up to 91st and State streets.

When the mother got out of her car she left it running with the little boy inside. That is when police said a man got in and drove away with the one year old.

Officers ended up finding the woman's car about ten minutes later just a few blocks away at 92nd Street and Prairie Avenue and mother and son were reunited. Police said the boy was not hurt.