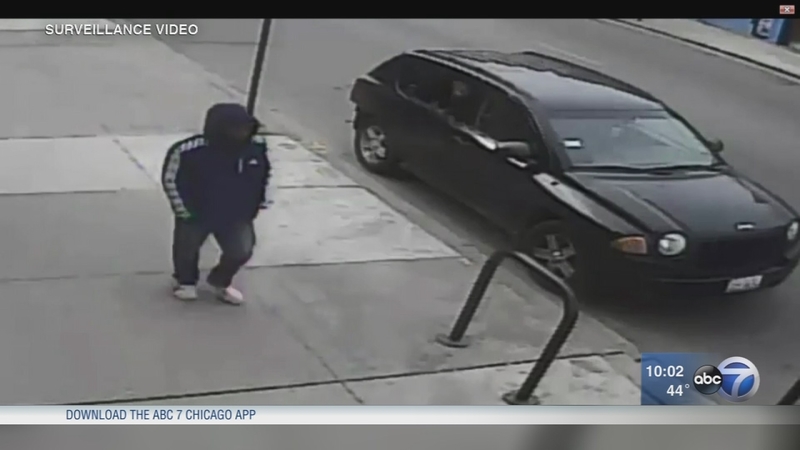 Man steals SUV with toddler, woman inside in Back of the Yards, police say

CHICAGO (WLS) -- Police are searching for a man who stole a vehicle with a toddler and a 60-year-old woman inside in Chicago's Back of the Yards neighborhood.

Surveillance video released by the Chicago Police Department shows the driver and a child going into a business near W. 47th Street and S. Paulina Street around 4 p.m. on March 23. Police said the driver left the vehicle running with the woman and 1-year-old girl inside.

Video then shows a man getting in the driver's seat and speeds off.

Chicago police released raw surveillance video showing a man who stole a vehicle with a toddler and a 60-year-old woman inside.

"He told me get out of the car and then the baby started screaming and crying," said the woman sitting in the car. "I'm happy because nothing happened to her."

After a brief struggle, the car stops and the woman and child were able to escape near 46th Street and Hermitage. Police said the man fled the scene in the vehicle, heading east on 46th Street.

"Broad daylight people are out and this guy just walked into the car like it's nothing," she said.

No one was hurt, police said.