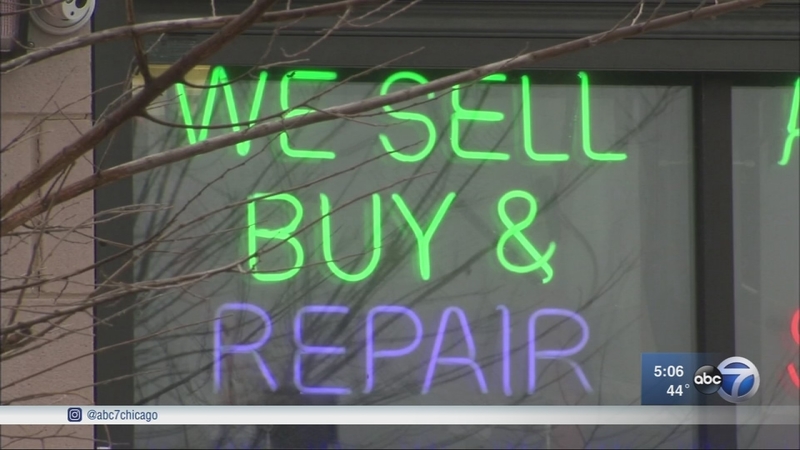 CHICAGO (WLS) -- Chicago police are cracking down on the secondhand market where thieves sell stolen phones.

In Chicago, cell phone stores seem to be on every corner and many of them not only sell new phones, but also sell and repair used phones. Police say those stores often give thieves who steal phones a place to sell them.

That's why the Chicago City Council passed an ordinance that increased restrictions on dealers in September.

"The goal of the ordinance was to devalue stolen cell phones by limiting the ability of thieves to resell them," said Chief Anthony Riccio, Chicago Police Dept.

"The public is falling victim to so much crime related to stolen cell phones," said Business Affairs and Consumer Protection Commissioner Rosa Escareno.

Police say during the raid they issued citations to 14 dealers and seized 150 cell phones.

Among the locations were four booths at the Super Mall at 52nd and Pulaski. The owners at two other locations said off-camera that they don't buy stolen phones, but police believe otherwise.

"I'm absolutely certain that a large number of them are going to come up stolen," Riccio said.

According to the new ordinance, dealers are required to run used phones through national database, hold phones for 30 days before reselling and check ID from the seller. Sellers also have to undergo background checks.

"These stores are everywhere selling used cell phones and they are not going through proper checks," Escareno said.