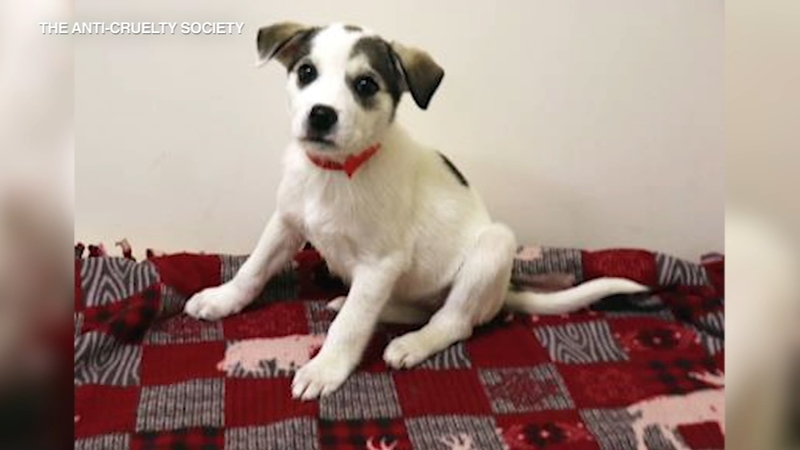 CHICAGO (WLS) -- A two-month-old puppy named Smarties was stolen Wednesday afternoon from The Anti-Cruelty Society's Everyday Adoption Center in the South Loop PetSmart, according to the organization.

Smarties is an Australian Shepherd/hound mix, weighing just seven pounds. Chicago Police said that three boys, ranging in age from 16 to 11, walked into the store. While two distracted an employee, the third boy snatched the puppy, according to police.

"We're really concerned about the well-being of that puppy. That's our primary goal right now," said David Dinger of The Anti-Cruelty Society. "A trusting, cute, little puppy was easy to snatch and grab."

Dinger described an exchange between the organization's employee and the three boys.

"Apparently things got out of hand," he said, "and there were some threats involved. Our employee went to get some assistance, and one of the kids snatched the puppy and off they went."

Smarties has four sisters from the same litter. While one of them has been adopted, three are still at the Society's facility in River North. The three up for adoption - Laffy Taffy, Dots, and Starbursts - have been named after candy. So has Smarties.

"We have these guys and lots more looking for homes this holiday season, so come on down," Dinger said.

The organization's mission is two-fold: getting Smarties back, and having her sisters adopted.