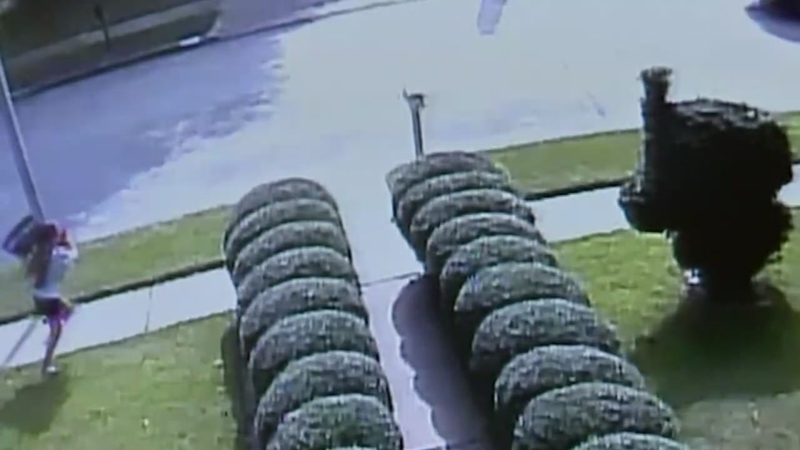 PASADENA, Texas -- Just one day before the election, a young girl was caught on camera stealing campaign signs in Pasadena, Texas.

Whether you are voting for Donald Trump or Hillary Clinton, having your kids steal campaign signs is not a good idea.

Trump supporter Dan Diaz said, "It was unbelievable because you know, it's kids."

Diaz knows stolen signs are as common as campaigns, but when the thief is a young person it makes him wonder about the parents.

The young girl is not alone. There's a white car on the video, too. After the girl takes a pair of Trump signs, she appears to run toward the car and disappears down the street.

"Parents are not supposed to be telling their kids to do that," Diaz said. "They are supposed to be responsible parents, but apparently they are haters or what?"

Before the girl is caught on camera taking Diaz's sign, she apparently took a Trump sign from the yard next door as well.

Trump supporter John Solliday said, "I think it it's either some foul play or somebody that wanted to portray, put those signs in their yard and express their love for Trump."

Diaz has another Trump sign in his yard, now attached with a wire to keep it from disappearing.