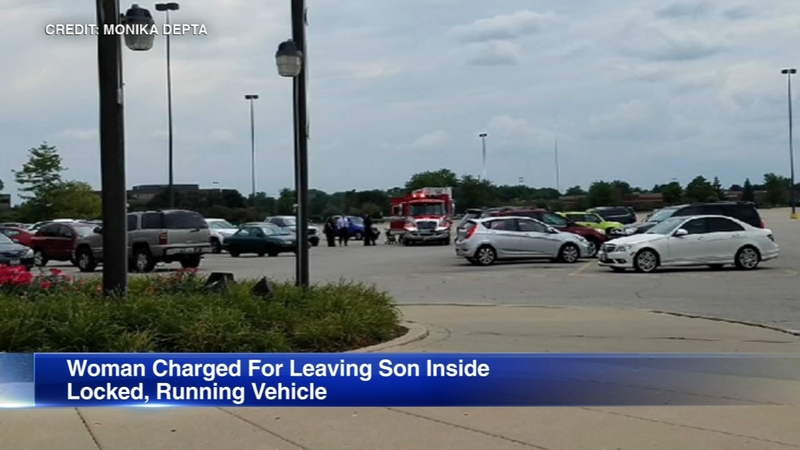 BLOOMINGDALE, Ill. (WLS) -- The mother of a young boy faces charged for leaving her son inside a locked car outside Stratford Square Mall in west suburban Bloomingdale, police said.

Bloomingdale Director of Public Safety Frank Giammarese said officers responded to a call about an unresponsive child in a vehicle around 3 p.m. Tuesday.

Officers found a boy, between 2 and 3 years old, inside a running car in a parking lot at the mall. He had been in the vehicle for about 30 minutes, Giammarese said.

Police used a tool to get inside the vehicle and get him out safely. The boy is going to be OK. Giammarese said he was released to a relative.

When the mother came back to her car, she was arrested and charged with misdemeanor child neglect.