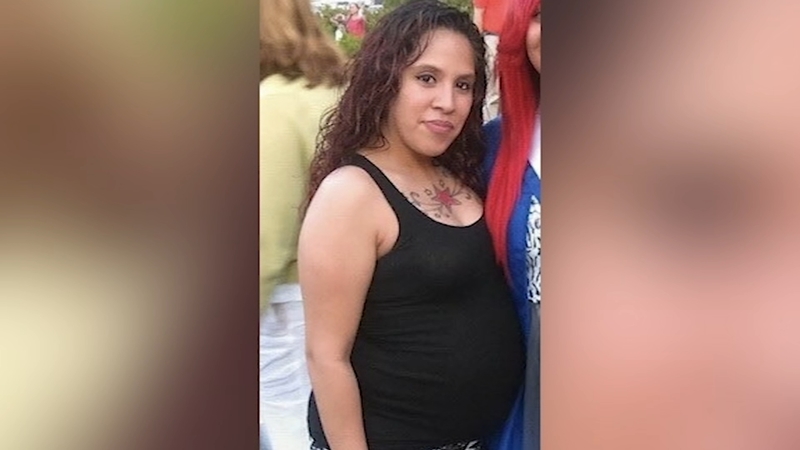 STREAMWOOD, Ill. (WLS) -- A pregnant mother of four was fatally crushed after the car she was pushing was rear-ended by a pickup truck Monday night in Streamwood, police said.

The crash happened on East Lake Street near South Park Avenue between a 1994 Oldsmobile sedan and a 2001 Toyota pickup truck at about 7:37 p.m., police said.

Police said the Oldsmobile was being pushed by a woman and her cousin when it was rear-ended by the Toyota and the woman was struck.

She was transported to St. Alexius Medical Center, where she later died. She has been identified as 29-year-old Aries Cobian from Glendale Heights.

The victim's father said his daughter was his sweetheart and a mother of four children ages 9, 7, 3 and 6 months. Her friend, Rhaven Becker, said Cobian was pregnant.

Streamwood police are investigating the crash and no citations have been issued as of Tuesday evening.

"It's just really sad that he claimed he didn't see her. She's human, you could have seen her," said Jasmine Stanley, victim's friend.

Grief turns to anger for Stanley as friends and family of struggle with her death.

"At first, I didn't want to believe it, that she had passed away," said the victim's cousin, Rhaven Becker.

Cobian's two cousins were not injured.

The family is devastated as they remember Cobian, who was 12 weeks pregnant, as an attentive mother and a loyal friend.

Kanaesha Wilson, the children's godmother, remembered how Cobian helped her mother when she was ill with a brain tumor.